Home » Safety & Security » El Niño Is Here: What You Need To Know 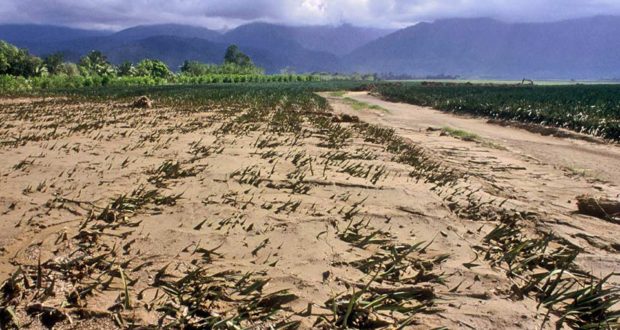 El Niño Is Here: What You Need To Know

The return of the recurring climate pattern was announced by the National Oceanic and Atmospheric Administration (NOAA) Thursday morning.

Forecasters expect this to be a weak El Niño; however, its impacts will still be felt across the United States, particularly in the southern half of the country where wetter conditions are expected during the coming months, as AccuWeather meteorologists recently predicted in their U.S. spring forecast.

This animation shows sea surface temperature departures in the Pacific during a past El Niño pattern. (Animation/NASA)

El Niño is a part of a routine climate pattern that occurs when sea surface temperatures in the tropical Pacific Ocean rise to above-normal levels for an extended period of time.

The temperature threshold needed in order for an El Niño to be officially declared is 0.5 degrees Celsius above normal, according to AccuWeather Meteorologist Brett Rossio. Part of the criteria also includes frequent thunderstorm activity in the central and eastern tropical Pacific.

Sea surface temperature departures in the Pacific during a past El Niño. (Image/NASA)

“El Niño conditions across the equatorial Pacific have come together, and we can now announce its arrival,” said Mike Halpert, deputy director, NOAA’s Climate Prediction Center, and ENSO forecaster. “While sea surface temperatures are above average, current observations and climate models indicate that this El Niño will be weak, meaning we do not expect significant global impacts through the remainder of winter and into the spring.”

There is about a 55-percent chance that El Niño conditions will continue through the spring, according to NOAA.

“El Niño has officially ‘barely’ been classified [since] sea surface temperatures have been flirting back and forth above and below 0.5 degrees Celsius,” Rossio said. “Despite being a weak El Niño, places in California and Texas will likely be rather wet as we get into the spring months. An active Pacific jet stream will provide deep Pacific moisture across much of the Lower 48, keeping it relatively mild, albeit the air will feel cooler on average across the South where heavy rain will persist and prevent strong warmups as we typically see in the spring months.”

Parts of the country have already felt the effects of the El Niño pattern this winter.

“Very heavy rain across California has already been a strong indication that we have experienced the effects of El Niño,” Rossio said.

Additionally, an El Niño pattern can have implications for an active tropical cyclone season in the eastern Pacific and could potentially suppress tropical development in parts of the Atlantic basin.

Previous: Why Your Enterprise Needs To Be Intelligent
Next: Trump’s Next Environmental Target: Lightbulbs