Home » Exercise & Fitness » Is Farting Healthy or A Sign of Something Wrong? 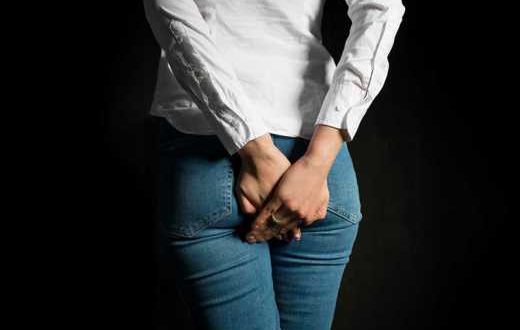 Is Farting Healthy or A Sign of Something Wrong?

This past week, I cooked a pot of great northern beans and ham. To many people, that instantly raises red warning flags because of the normal aftermath of eating beans. Yes, beans (not green or wax beans) cause most people to fart. But then, so does cabbage, broccoli, cauliflower and Brussels sprouts. For some, apples also cause gas. Other foods associated with causing gas including artichokes, diary products, sweet potatoes, oats, nuts, soy and wheat.

Foods high in fiber are among those that tend to produce the most gas, yet, fiber is an important part of a healthy diet, especially for older folks. It’s kind of like a catch 22 or a darned if you do and darned if you don’t.

Farting is generally considered a social taboo. Hearing someone fart is often thought of as being repulsive and we’ve all reacted negatively to the ‘silent but deadly’ farts. A strange fact with many people is that is they actually like the smell of their own farts, but are repulsed at the smell of other people’s farts. One source explains:

“Oh, and the next time you let one rip don’t be embarrassed to take a whiff, it’s only natural. We all like the smell of our own fart more than another person’s. Part of it is because we prefer what is familiar. The other part is because smelling something as odorous as another person’s fart triggers a natural response to protect ourselves from something that could potentially be poisonous or bacteria-ridden.”

I used to work with a man who served in the Navy on board submarines. He told me that they were required to announce that they were ‘venting’ to others around them, as a courtesy warning.

Some people tend to fart more than others. That depends on their diet and their body’s system. I’ve been accused of passing gas after drinking water and just breathing. Other people claim that they never fart and most likely, that’s a lie.

According to many medical sources, everyone farts on average of 5-10 times a day. It also seems that the older one gets, the more one farts. One source said:

“Farting is a natural part of the human digestive process. In fact, a person would have to consume nothing but refined sugars to avoid passing gas.”

Did you know that the odor of one’s gas can identify what they ate? For example, my wife can tell when I’ve eaten my homemade fried chicken and chicken gravy. The same is true after eating hardboiled eggs.

“…contrary to popular belief, women fart just as much as men. Farting in public is generally frowned upon, but that doesn’t mean you should be ashamed of a little gas. Farts are a sign we are healthy.”

Over the years, I’ve had people tell me that I must be sick because of my gas. But, if farts are healthy, could they also be a sign of being sick or having a medical condition?

In fact, farting can be a sign that something is wrong. Excessive or exceptionally smelly farts can be a sign of gastrointestinal illnesses, such as Crohn’s disease. One of the signs of Crohn’s is excessive and smelling farting and the inability to hold them in.

In conclusion, farting is normal and healthy but can be a sign of something being wrong if your normal farting noticeably changes.  Those changes should prompt you to see your doctor.