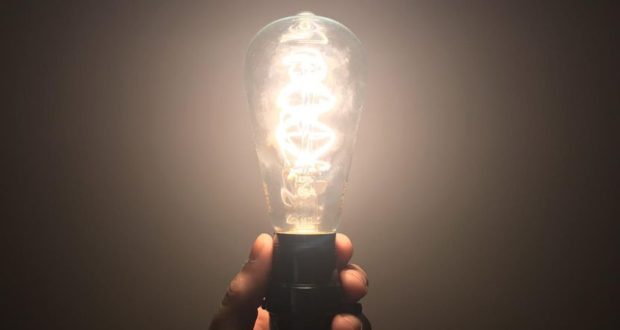 The Trump administration has been on a spree of environmental rollbacks, including air and auto emissions. Its next target: lightbulbs.

All those specialty bulbs consumers flock to for nostalgic or decorative appeal — think Edison, globe, candelabra — were to face new efficiency standards in January 2020 under an Obama administration rule that would likely make the incandescent bulb an artifact. The reason: old-style bulbs are notoriously inefficient, requiring more energy and therefore contributing to greenhouse gases and climate change, a priority of the Obama administration.

But this month, the Department of Energy proposed continuing to exempt certain types of lighting.

It all boils down to definitions.

Everyday bulbs are classified as general service lighting. But some lighting with more specialized uses, such as reflector bulbs common in recessed lighting, and globe, flame and three-way bulbs, had been defined differently by the federal government, thus making them exempt. The Obama administration, however, said they should be redefined as general lighting and subject to the same efficiency standards as all other bulbs starting in 2020.

Trump administration officials disagreed and said the previous administration “misconstrued” the law. Its proposal would keep the current exemptions.

“This is another senseless and illegal Trump administration rollback that will needlessly hike our energy bills and spew tons more pollution into the air, harming the health of our children and the environment,” said Noah Horowitz, director for Energy Efficiency Standards at the Natural Resources Defense Council (NRDC), a nonprofit environmental advocacy group.

The NRDC says keeping the current definition would cut nearly in half the number of bulbs expected to be energy efficient in 2020. The group said that amounts to 2.7 billion light sockets still using older technology.

Horowitz said it amounts to $12 billion annually in energy costs consumers would have saved by switching to LEDs, equating to the energy use of all the households in New Jersey and Pennsylvania. That translates to about 34 million tons of carbon dioxide emissions annually, he said.

The push for energy efficient lighting stretches back to the oil shocks of the 1970s. But light emitting diode bulbs (LEDs) didn’t hit the mass market until 2007, when Congress mandated standards that would make lighting overall three times more efficient by 2020. At the time, Congress told the DOE to look at the rule again in 2014 and determine whether certain types of lighting should be exempt.

The Obama administration decision not to exempt incandescent and halogen bulbs was backed by environmental groups such as the Sierra Club. But it was opposed by interests such as the National Electrical Manufacturers Association.

The adjustment to federal requirements that light bulbs achieve an efficiency of 45 lumens per watt has taken time. The more lumens a bulb emits compared to the power it uses means it is more efficient.

New standards for most general lighting were phased in by 2014, as part of the transition away from incandescent bulbs, in use since 1879. Incandescent bulbs were not expressly banned, but still subject to the new standards. Those twisty-looking compact fluorescent bulbs (CFLs), though not as efficient as LEDs, do meet the standard, though they have become less popular.

The DOE’s own data show sales of LEDs have grown steadily, especially since the cost per bulb has dropped in recent years to below $2, sometimes as low as $1, for general lighting. Currently, a major chain store is selling an eight pack of 60-watt equivalent LED bulbs for under $10 online.

But some decorative incandescent lights enjoyed a resurgence for nostalgic appeal, such as Edison bulbs, which have an old-timey, distinctive shape and glowing filaments, and can cost considerably more than LEDs. Now, however, LED manufactuers are coming up with similar designs.

Environmental groups say the rollback proposal is typical of the Trump administration.

Rules governing lighting efficiency are administered by the DOE’s Office of Energy Efficiency and Renewable Energy. The proposal to withdraw the rule was made Feb. 6, hours after Daniel Simmons was sworn in as head of that office.

Environmental groups note Simmons has a background working for a think tank backed by the fossil fuel industry and he opposed the U.S. joining the Paris Agreement to reduce greenhouse gases and slow climate change.

The DOE has set a public hearing in Washington for Feb. 28 on withdrawing the Obama-era definition and said it will be broadcast online as a webinar.

Previous: El Niño Is Here: What You Need To Know
Next: 7 Best Hatchets for Camping, Backpacking, and Survival