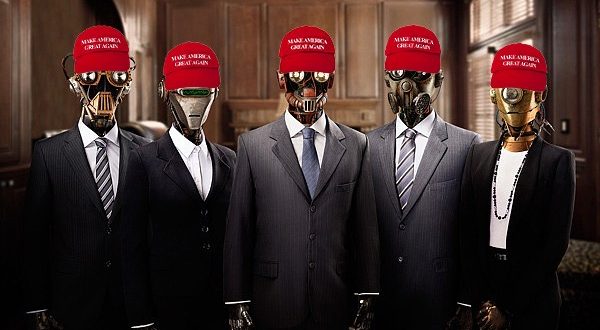 Last week, the president signed an executive order, the American AI Initiative, that will accelerate America’s pursuit of the sophisticated AI capabilities necessary to maintain our military and economic dominance.

The Chinese government exercises significant control over its domestic technology firms and frequently steals intellectual property from foreign companies that operate in the country. In addition, it has poured sizable resources into its AI programs in a deliberate effort to eclipse America in the race to perfect this world-changing technology.

COULD CHINA LEAVE THE US BEHIND IN AI ‘ARMS RACE’?

“In July 2017, [China] unveiled a plan to become the world leader in AI aiming to create an industry worth $150 billion to its economy by 2030, and two Chinese cities promised to invest $7 billion in the effort,” The New York Times recently reported.

The U.S., on the other hand, has largely relied on private corporations to advance research into AI. But this model has come into question recently as numerous Big Tech companies, such as Google, have refused to work on AI technologies that could have beneficial military applications.

Unfortunately for America, China’s enormous investment in AI is paying dividends, allowing Beijing to modernize its military capabilities at a dangerously rapid pace. Luckily, there’s still time to correct the imbalance, and President Trump is the type of leader who isn’t afraid to challenge China’s aggressive geopolitical aspirations.

The president’s new executive order serves as a direct response to China’s initiative by instructing the federal government to prioritize research and development of America’s own artificial intelligence capabilities.

“Continued American leadership in artificial intelligence is of paramount importance to maintaining the economic and national security of the United States,” President Trump rightly noted while signing the order.

According to the White House, the new initiative will give AI researchers more resources for innovation, encourage evolving applications of AI, and protect “critical AI technology” from foreign entities.

While AI offers great promise for improving society, it also carries risks, which is why the new initiative instructs the National Institute of Standards and Technology to devise technical and safety standards for new AI systems, and insists that “AI must also be developed in a way that does not compromise our American values, civil liberties or freedoms.”

Washington has long been plagued by complacency when it comes to strategic technological innovation, and artificial intelligence is no exception. Thanks to President Trump, however, America is now taking the vital quest to develop sophisticated AI capabilities more seriously than ever before.

By making the concerted effort outlined in the president’s executive order, America will remain the world leader in AI development long past 2030, no matter how hard the Chinese try to catch up.

Previous: Doomsday Prep for the Super-Rich
Next: For the best health, does the intensity of your workout matter?