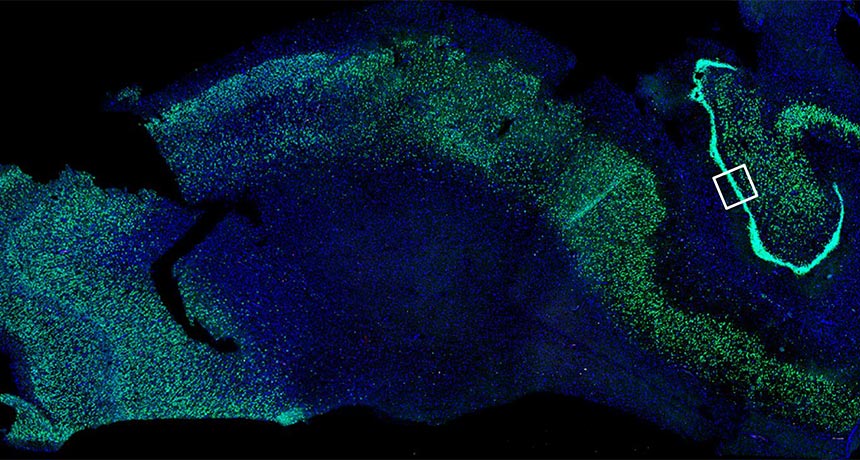 A tweaked laboratory protocol has revealed signs of thousands of newborn nerve cells in the brains of adults, including an octogenarian.

These immature neurons, described online March 25 in Nature Medicine, mark the latest data points in the decades-old debate over whether people’s brains churn out new nerve cells into adulthood. The process, called neurogenesis, happens in the brains of some animals, but scientists have been divided over whether adult human brains are capable of such renewal (SN Online: 12/20/18).

Researchers viewed slices of postmortem brains of 13 formerly healthy people aged 43 to 87 under a microscope, and saw thousands of what appeared to be newborn nerve cells. These cells were in a part of the hippocampus called the dentate gyrus, a suspected hot spot for new neurons. Brain samples from 45 people with Alzheimer’s disease, however, had fewer of these cells — a finding that suggests that neurogenesis might also be related to the neurodegenerative disease.

Most of the brain samples used in the study were processed within 10 hours of a donor’s death, and spent no more than 24 hours soaking in a chemical that preserves the tissue. Those factors may help explain why the new neurons were spotted, the researchers write.Some earlier experiments that didn’t find evidence of neurogenesis used samples that were processed later after a donor’s death, and that had sat for longer in the fixing chemical.