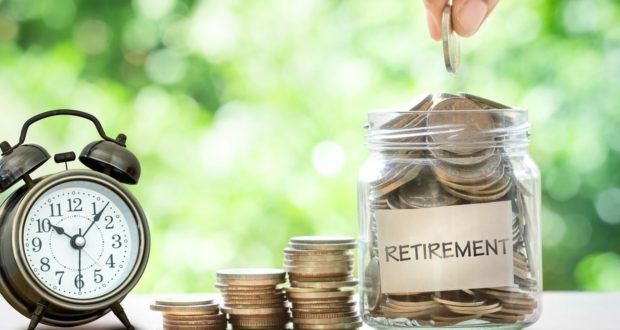 According to Fidelity, in order to have a decent shot at maintaining your standard of living in retirement, you should have six to nine times your salary tucked away in a 401(k) or other accounts by your mid-50s to early 60s.

This is a good general rule of thumb, however the problem is that many people in this age range don’t come close to that, and some don’t have anything saved at all.

Too late to get the ball rolling? Never, says Arielle O’Shea, investing and retirement specialist at NerdWallet.com.

“[But] don’t get discouraged or use the fact that you don’t have anything saved as an excuse not to start,” says O’Shea.

One popular solution is to work longer, and many Americans plan to. However it’s not necessarily a reliable solution, says O’Shea.

After all, there may be health issues (3 out of 4 Americans aged 65 and over have multiple chronic conditions, according to the CDC) or a financial hardship. Or you may just be pushed out of the job against your wishes, and trying to find a comparable salary in your 50s and 60s is challenging.

The only thing you can control is how much you save. That requires a strategy. And discipline.

Of the many things you can do to play catch up, here are three of the most effective, according to financial planning experts.

One of the most straightforward ways to catch up on retirement savings is to contribute the most you can to tax-advantaged accounts. That means maxing out the 401(k)s, individual retirement accounts or Roth IRAs.

If you’re self-employed, look into options such as a Simple IRA plan, a SEP plan or a solo 401(k). Those aged 50 or older are allowed to make additional, “catch up” contributions to these plans.

“Anyone who has the extra cash or has an unexpected windfall should make these contributions and stash it away,” says O’Shea.

Over the long term, it can make a big difference in the size of your next egg. For example, if you invested an extra $1,000 annually in an IRA starting at age 50, you’d have an extra $20,800 in catch-up contributions (plus $5,800 in earnings) saved by age 65, assuming a hypothetical 4 percent return.

Look to your home equity

If you’ve got equity in your home, you may be able to tap it in different ways. One option is to downsize.

Have your kids moved out of the house? Don’t really need the extra two or three bedrooms? Then moving may make perfect sense for you, says Beatrice de Jong, consumer trends expert at Opendoor.

“We accumulate a lot of stuff, and the sad truth is that when we get older, we have too much. Moving into a smaller space makes it easier to keep track of things and keep things clean and tidy,” says de Jong.

You’re not only going to feel freer and lighter – emotionally and spiritually – but it’s going to make a big difference financially, says de Jong.

Rather stay in your home as you enter retirement? Consider a reverse mortgage. These government-backed loans allow older homeowners (62 years or older) to convert some of their home equity into cash.

The bank makes payments to you and you can use the tax-free funds however you would like. Unlike other kinds of loans, you don’t have to pay back the debt immediately. Rather, the balance must be repaid when the last surviving borrower dies, sells the home or moves out.

Sound complex? It is.

“The reverse mortgage is certainly not without risks, either,” says Keith Gumbinger, vice president at hsh.com. But unlike years past, it is no longer the loan of last resort for cash-strapped homeowners in retirement.

“It’s now being used as part of an overall financial strategy now that the product has become more respectful,” he says.

Be strategic about Social Security

While you may be tempted to start collecting Social Security benefits as soon as you qualify, try to resist this temptation, says O’Shea. After all, waiting can pay off — big time.

Consider this: Between the ages of 62 and 70, your benefits rise about 7 or 8 percent for each year you defer taking them. Where else can you get such a high return (guaranteed!) in today’s environment?

Wait until age 70, and your monthly benefit will be 76 percent higher, on an inflation-adjusted basis, than if you claimed at age 62. If it’s not financially possible for both you and your spouse to delay, one of you can take the benefits early to bring cash into the household and alleviate the financial pressures while the higher earner holds off until age 70. His or her benefits will grow and later ensure the largest possible survivor’s benefit.

Previous: Low-carb breakfasts reduce sugar spikes in those with Type 2 diabetes
Next: The survivalist’s guide to fashioning a blade from scraps