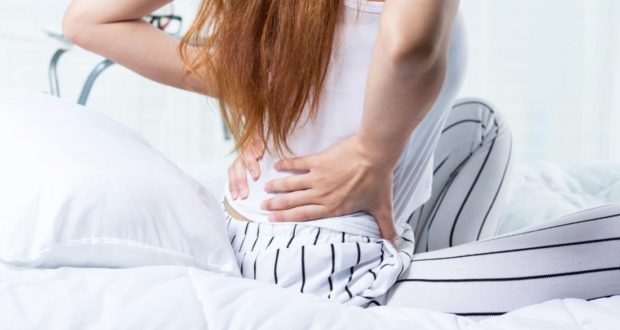 Exploring the well-known link between sleep and pain, a new study has found for the first time that sleep impacts on areas of the brain that control pain.

After just one night of sleep deprivation, the brain region that senses pain goes into overdrive, while other regions that help modulate that pain response go on strike, according to a paper published in the Journal of Neuroscience.

In the first of two studies, Matthew Walker and colleagues from the University of California in Berkeley, US, recruited 25 healthy adults who were free from sleep disorders. In counterbalanced order, they gave each of them a restful night’s sleep and a night deprived of sleep.

After the sleepless night, functional magnetic resonance imaging showed increased neural activity in the primary somatosensory cortex and reduced activity in the striatum and insula cortex brain regions when exposed to a painful heat stimulus.

First author Adam Krause wasn’t surprised to find the link. “We actually confirmed what patients and pain practitioners have known for a long time, which is that sleep and pain are intimately and bidirectionally connected. That is, pain affects sleep but also sleep affects pain.”

What was surprising, he says, was how strong the effect was – nearly 80% of the volunteers experienced increased pain sensitivity after sleep deprivation.

That’s a scary number: it’s a very large effect,” . “But in a it’s actually encouraging. It suggests that nearly everybody suffering from pain can be aided by increasing sleep.”

The researchers also were surprised to see the complex effects of sleep deprivation.

The somatosensory cortex region that was overactive normally functions to signal the intensity of incoming pain.

The two regions – the striatum and insular cortex – that were inhibited by sleep deprivation play higher-level roles in the brain. “They’re like the brain’s master gatekeepers of pain,” Krause explains.

“When pain signals come in from the body, these two regions participate to evaluate those signals, then if necessary they recruit the brain’s natural pain healing responses to provide relief.”

The activity of these regions explains the placebo response. “Pain is actually very plastic and subjective,” Krause says. “The brain has this ability to turn on pain and turn off pain depending on whether it’s important to experience it.”

In the sleep-deprived brain, it’s as if the brain has opened the gates, or let the gatekeeper go home, he explains, so these two regions aren’t evaluating pain correctly – creating “a deluge” that becomes a “vicious feedback loop”.

Krause believes that these “glitches” caused by sleep deprivation could explain why acute, painful injuries transition to persistent, chronic pain after the injury has healed. This finding, he suggests, could provide insights into interrupting, or delaying, that transition.

They recruited 60 people who experienced pain and tracked their self-reported pain and sleep for three days and two nights. As suspected, people reported experiencing more pain after a poor night’s sleep.

What surprised the researchers was that the amount of sleep wasn’t as important as the quality of sleep. For example, Krause explains, one person might have eight hours of interrupted sleep, waking up frequently, while someone else might have six or seven hours of continuous sleep and feel more rested afterwards.

People who had better quality sleep were more likely to report improvements in pain the following day, rather than those who slept longer.

It’s a Catch 22 situation: being in pain makes it harder to sleep, while poor sleep lowers people’s pain threshold. However, this research and other longitudinal studies suggest that prior sleep has more effect on pain levels than pain does on sleep.

This new study provides important insights for future work to explore the impact of sleep on pain tolerance, Krause says, and contributes to calls for sorely needed sleep reform in hospitals to improve patient outcomes.

Previous: A guide to low-carb diets for diabetes
Next: Low-carb breakfasts reduce sugar spikes in those with Type 2 diabetes