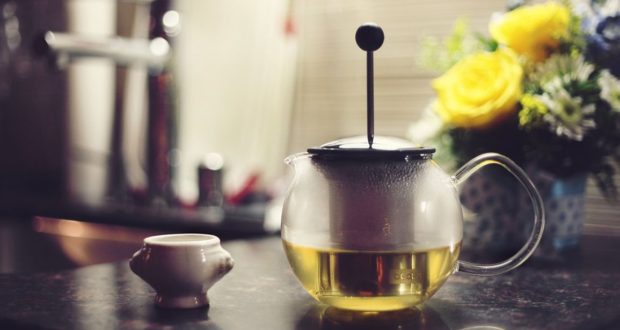 There’s evidence that green tea can help you lose weight

A number of small but respectable clinical trials have found that overweight people who had green tea—either in drinkable form or in extract form—lost more weight than people who didn’t have any. Science being science, there are also a few studies that showed no benefit from green tea drinks or supplements. Overall, “I would say it may assist modestly,” says Kristin Kirkpatrick, R.D.N., consultant for Integrative and Lifestyle Medicine for the Cleveland Clinic.

In studies that found a weight-loss benefit in green tea, there was a “trend toward weight loss” or tea drinkers lost “significantly” more. But it’s not usually a total transformation. One small studyconducted at Oklahoma State University, for instance, found that people who drank green tea or took green tea extract on top of their diets lost about 1.3 pounds more over 8 weeks than people who drank water. Some studies suggest even decaf green tea may have a benefit.

Green tea may even help you lose belly fat

An older study found that among people who ate regularly and exercised 180 minutes a week, those who drank a beverage with the most biologically active compounds in green tea, called catechins, had a greater percentage change in abdominal fat than did people who got a drink with no catechins.

There are a number of theories on why green tea—especially the main catechin called epigallocatechin gallate—might help you out a bit if you’re looking to lose weight.

“I think some of the most promising ones are looking at green tea’s effects on the microbiome,” she says. Research is increasingly finding that it alters the gut’s microbiome, and those changes could be what makes it helpful for dropping pounds.

Matcha may help, too

Kirkpatrick gets a lot of questions from her clients on whether trendy matcha is as helpful as green tea. “There haven’t been a ton of studies on matcha alone,” she says. But adds that it’s reasonable to think it’s just as useful, as green tea comes out of the leaves of the plant, and matcha is made of the ground-up plants.

While numerous studies have looked at green tea extracts, Kirkpatrick urges people to get their green tea from the actual tea itself; “in the most whole form possible.”

It’s not just about weight loss

There are more reasons than weight to drink green tea. Kirkpatrick points out the “impressive benefits being found regarding green tea and the prevention of cancer.” And then there are heart benefits, potential memory benefits and other health boosters in the green stuff.

“Weight loss is so multifaceted; green tea is not going to guarantee weight loss,” Kirkpatrick says. But as long as: you’re not getting a sugared-up version of the stuff; green tea doesn’t interfere with any medications you’re taking; and you’re not looking for it to be a weight-loss panacea, then go ahead and drink up.

Previous: Here’s What It Means If You Have Ridges on Your Nails
Next: How lack of sleep harms circulation