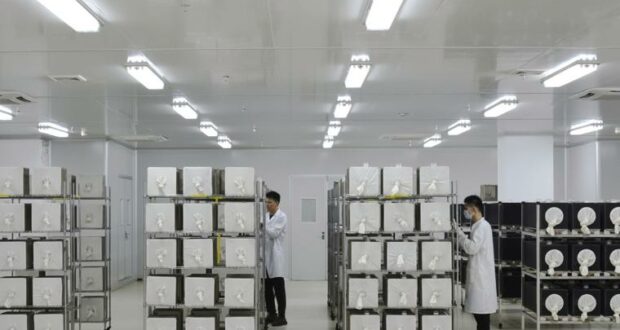 NEW YORK – Scientists say they nearly eliminated disease-carrying mosquitoes on two islands in China using a new technique. The downside: It may not be practical for larger areas and may cost a lot of money.

In the experiment, researchers targeted Asian tiger mosquitoes, invasive white-striped bugs that can spread dengue fever, Zika, and other diseases. They used a novel approach for pest control: First, they infected the bugs with a virus-fighting bacterium, and then zapped them with a small dose of radiation.

Zapping is meant to sterilize the mosquitoes. And releasing mosquitoes infected with a bacterial strain not found in wild mosquitoes would stop them from reproducing. Mosquitoes need to have the same type to make young that will survive.

For 18 weeks in 2016 and 2017, the team led by Zhiyong Xi at Michigan State University released male mosquitoes onto two small islands near Guangzhou, China, a region plagued by dengue fever. The number of female mosquitoes responsible for disease spread plummeted by 83% to 94% each year, similar to other methods like spraying insecticides and using genetically modified mosquitoes. Some weeks, there were no signs of disease-carrying mosquitoes.

No technique so far has had that kind of success, Xi said.

The problem, though, was that it required swarming the islands with lots of mosquitoes, up to 4 million each week. Over the two years, the number totaled to around 200 million mosquitoes released.

The findings appear Wednesday in the journal Nature.

Scott O’Neill of the World Mosquito Program was concerned by the number of bugs needed for even these small islands, the largest of which was three times the size of New York’s Central Park.

“It’s hard for me to see how this can be scaled up” to help residents, he said in an email.

Biologist Brian Lovett of the University of Maryland said this isn’t a once and done process.

“You have to keep doing it. And if you don’t keep doing it, then populations can fairly quickly reestablish,” he said.

That’s exactly what happened in the experiment: Mosquitoes either buzzed in or matured from young larvae to replace those that died. It’s going to require constant monitoring and, potentially, a lot of money, Lovett said.

Costs will go down as the technology advances, the researchers said. They estimate it could range from $42 to $66 per acre of land per year. That’s on par with agricultural pest sterilization methods and cheaper than some insecticides, which mosquitoes are increasingly becoming resistant to, Xi said.

The team has an ongoing project in an area roughly four times larger than their original sites.

Previous: Should we return to the Moon? Apollo astronauts give their thoughts
Next: White House Reportedly in ‘Euphoria’ After Mueller Testimony Becomes ‘Epic Embarrassment’ for Democrats