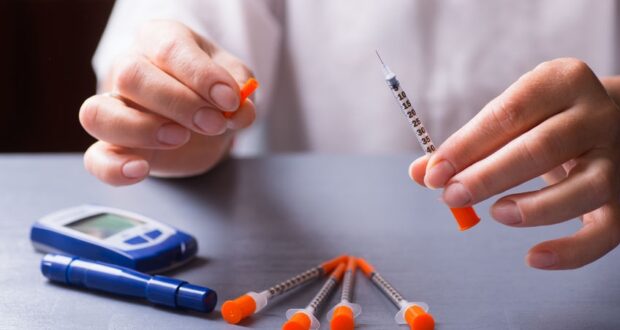 Bernie Sanders has been registering his outrage about the price of insulin, and the presidential candidate thinks government-run health care is the solution to high drug costs. But almost no one noticed last week a Trump Administration move that could make the diabetes treatment more affordable for more Americans. In any event the insulin story is more about perverse incentives than corporate greed.

The Trump Administration put out an IRS guidance last week for high-deductible health plans that are paired with a health-savings account. Millions of Americans, typically with modest health expenses, prefer these arrangements because they allow an individual or family to control more of their own money and decisions while insuring against a serious illness like cancer.

The previous guidance said such plans could only cover certain “preventive” services before the patient met the deductible—which can run several thousand dollars for a family. So folks have to shell out a pretty penny for treatments for chronic conditions like diabetes or asthma before insurance kicks in.

This makes little sense because a drug like insulin is preventive care. A diabetic who maintains his insulin regimen is much less likely to suffer awful and expensive complications like amputations or blindness. The same dynamic is true for keeping asthmatics in good supply of inhalers. This spending reduces costs over time, but insurers couldn’t offer the benefit on these plans because of a curiosity in government regulation.

Thus the new Trump Administration guidance stipulates that such plans can cover certain preventive treatments for chronic conditions before the patient hits the deductible. The IRS says plans can cover testing devices or insulin for diabetics, statins for heart disease, beta-blockers for congestive heart failure, blood pressure monitors for hypertension and more.

None of this is a panacea for every health-care problem, especially for insulin, which is expensive due to a cascade of dysfunctions. An executive at the insulin maker Eli Lilly told Congress this spring that the list price of one of its most popular insulin products increased by more than 50% between 2014 and 2018. But the net price after rebates and discounts declined by about 8%.

Too often patients are slammed with the list price at the pharmacy counter. Yet the pharmacy benefit managers that negotiate rebates on behalf of their client companies that insure their employees are not indifferent to the problem. Express Scripts and Cigna earlier this year rolled out a program that allows employer clients to cap out-of-pocket costs at $25 for a 30-day supply of insulin.

Insulin is also more complicated to manufacture than a pill. Former FDA Commissioner Scott Gottlieb started to rework the regulatory process that has made it hard to develop a cheap generic insulin that a pharmacist could substitute for the branded product.

Still, the false narrative from Bernie and comrades is that insulin is a drug developed in 1922 that remains expensive for no reason other than corporate profiteering. His answer is price controls.

In reality insulin has moved from a mere drug made from animals to a sophisticated class of products that can regulate blood sugar better and for longer, among other innovations like pens that make dosing and delivery easier. By one estimate well over 100 drugs are in the pipeline for diabetes, but not if Bernie decides no one can make money selling them.

The new regulatory guidance is a reminder that too often dysfunctions in drug markets are the result of political intervention or bad incentives. The Trump Administration won’t get any credit for updating a guidance document because it doesn’t fit the Democratic-media narrative that the cause of every health-care problem is private greed. The truth is that on insulin the GOP is making incremental progress while the left howls at the moon about high prices.

Previous: My Migraines Distorted My Vision and Speech – Here’s What a Doctor Said Was Going On
Next: What Causes Those Random Sharp, Stabbing Pains?