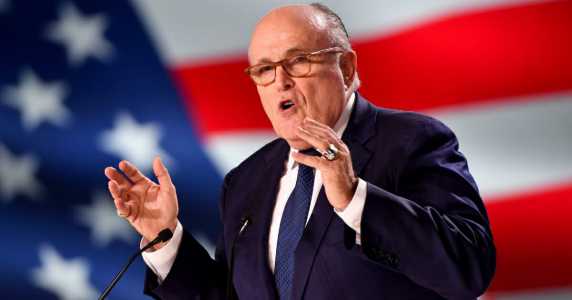 “If [Trump] is not defeated in the Senate, he will still run as an impeached president and there’ll be a good many people who won’t want to hold fundraisers with him,” Green said.

“A good many people who won’t want to be in his company because he will become persona non grata to a good many of these wealthy people who are benefiting from his bigotry.”

As Watters noted, Green was essentially admitting that his push for impeachment is more about beating Trump in 2020 than anything else.

“This is about branding the president, driving his numbers down, and intimidating donors and voters,” the Fox host said.

“I think that these Democrats who are doing this,” he said, “I think they need therapy.”

Do you think Democrats are crazy for pursuing impeachment?

“Now I think it’s a definable mental illness,” said Giuliani, who has served on Trump’s legal team. “There are a lot of psychiatrists in New York, we have more psychiatrists than anyplace else. I would suggest they go to the psychiatrist, get help.”

Giuliani suggested that if Democrats are insistent on criticizing the president, they should focus on policy.

“Go after him on immigration, go after him on taxes,” he said. “But this is ridiculous. And it’s only because the media is so set against him that they even tolerate this.”

“Well they know that [impeachment] is going nowhere in the Senate,” Watters replied. “They know the majority of the American people don’t support impeachment, so they just want to hurt him in the House, so people think, ‘Oh wow … this guy was impeached. Maybe I shouldn’t throw him a fundraiser. Maybe I shouldn’t send him a check.’”

But according to Giuliani, this strategy won’t work.

“I think the American people have had enough of it,” he said. “I think, politically, it will help the president if they continue impeachment. I think [House Speaker] Nancy Pelosi will lose the 40 seats in the 40 districts where her people won.”

It’s for this reason, he said, that Pelosi, who has some “adult maturity,” has hesitated to pursue impeachment.