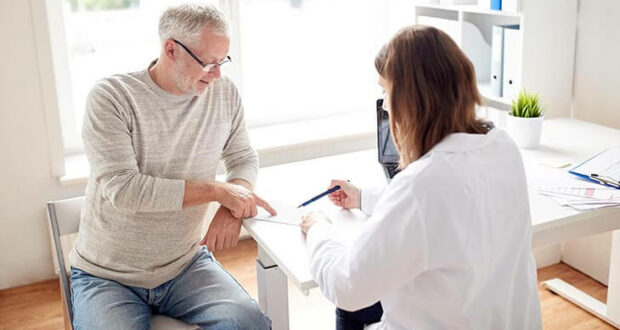 Second Leading Cause Of Cancer

The American Cancer Society reports that an estimated 174,650 new cases of prostate cancer and an estimated 31,620 prostate-related deaths will occur in the United States this year.

Other than skin cancer, prostate cancer is the most common cancer in American men and is the second leading cause of cancer death for this group behind lung cancer. It develops mainly in older men over the age of 65 or African-African men. The good news is that most men diagnosed with prostate cancer do not die from it.

Below are some other American Cancer Society’s prostate cancer statistics:

Taking a proactive “don’t risk it” approach to prostate health can minimize the probability of more complicated prostate diagnosis and the serious, negative side effects of treatment, including premature death.

I am a prostate cancer survivor because of early detection, an accurate diagnosis and very effective noninvasive outpatient treatments resulting in minimal negative side effects.

About three years ago, I noticed an abnormal urine condition.  I immediately set an appointment with my primary care physician, who ordered a Prostate Specific Antigen test, a routine blood test used to determine the general health of the prostate gland.  The normal range is generally 0-4 ng/ml. My test result was a 5.5 ng/ml.

Abnormal? Yes. Did it mean that I had prostate cancer?  Not necessarily.

It is common for men over the age of 50 to have an elevated PSA, which in most cases means that they have what is called benign enlarged prostate. A benign prostate condition is not life-threatening and can be easily treated.

I was referred to a urologist who specializes in diseases of the male urinary and reproductive organs. I wanted to know whether the elevated PSA reading was an indication of a benign prostate condition or if there was any indication of malignancy. My intent was to get an early and accurate diagnosis.

Alarming? Yes. Did I have a high probability of effective treatment? Yes.

Based on early detection and diagnosis for my low-level prostate cancer condition, I was a candidate for noninvasive, painless and highly effective proton radiation therapy. I was able to maintain my normal quality of life, including daily lap swimming and workouts at the local fitness center during my nine weeks of daily treatment.

Don’t risk it! Be proactive and informed about prostate health. Remember, early detection and treatment is always better than a later diagnosis in which malignant tissue at the prostate gland site can likely spread to other vital organs of the body.

On a lighter note, Jay Leno said, “a new medical study reports that men who eat ten pizzas a week are less likely to develop prostate problems at age 50. That’s because they are usually dead by age 40.”

I welcome your text or call at 626- 252-7548. Be well and enjoy the wonderful outdoor lifestyle of beautiful Southern Utah.

Previous: Raised off the Grid: Meet the 17-Year Old Living in the Wilderness
Next: Explosion in Russia Releases Fatal Radiation