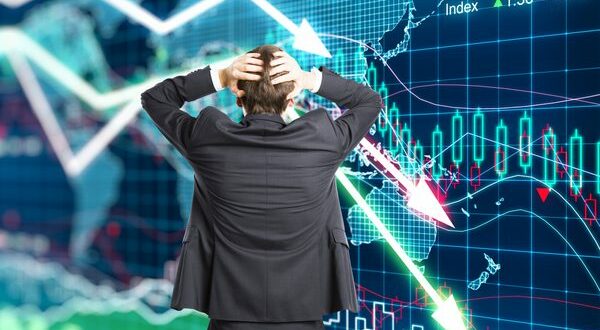 What To Do In Case The Stock Market Crashes

As stocks plummet, your worries for your 401(k) and financial stabilitiy should be rising.

However, if you’re thinking this might be the time to change up your retirement savings plan, you should probably think again.

Financial planner Paul Beatty, from Bailey & Beatty Financial Services, told FOX Business that if you’re beyond five years away from retirement, you shouldn’t be doing anything with your 401(k).

“You’ve dialed in your risk tolerance and ideally you’ve thought that through,” he said. “This is long-term money and the markets are going to go through the ups and downs many times during your working career.”

“As long as you keep sticking to your desired risk level and you keep putting your money in, that’s the best way to approach your 401(k) money,” he added. “Don’t sit there and let the day to day ups and downs and even the large gyrations that we’ve experienced recently affect your decision-making.”

Here’s what to do with your 401(k) in the midst of the market drop, according to a financial planner However, if someone is behind on that shift, the market isn’t too dire to start now.

“The markets are down, but we’re still up close to 10 percent for the year, so I still would say this is an ok time to dial back a little bit of that risk, because you’re not in a full-fledged 20 percent correction, where that’s when you don’t want to be making reactionary moves,” Beatty explained.

“So it’s fair right now to make a little bit of an adjustment if you haven’t. But again, you don’t want the day to day emotional market jerking maneuvers to affect your decisions,” he added.

However, Beatty warned against leaving the market completely if you plan to get back in. He said people rarely make both decisions — when to leave and when to re-enter the market — properly.

“To get both decisions right is on the minority,” Beatty said. “And so typically, you actually hurt your long-term rate of return by moving in and out of the market.”

In fact, Beatty said, this might be the time to add to your retirement — especially if retirement is further down the road, like 20 or 30 years.

“If the markets right now are 4 or 5 percent lower than they were just a couple weeks ago, that’s a great opportunity to put some money in. Twenty years from now, in theory, it’s negligible. So it doesn’t really matter. You just want to get in the market. And if the markets have dropped, that’s a better time to get in,” he said.

Previous: Off The Grid: Tips To Survive Anything
Next: Does Taking Fish Oil Do Any Good?