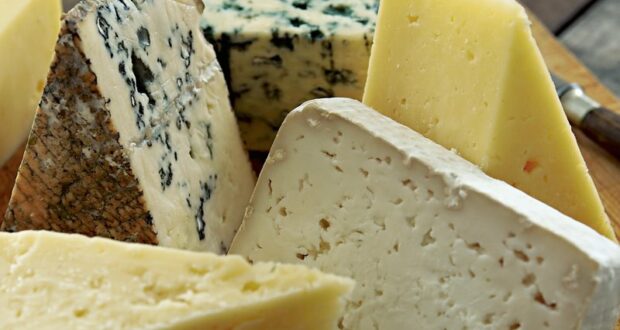 There’s a reason why salty, cured meats and cheeses pair so well together — and not just because it’s delicious.

To the delight of fromage fans, cheese can actually help strengthen blood vessels against damage done by sodium, according to a new Penn State study. They say anti-oxidants found in dairy may have something to do with it.

Researchers found that healthy adults with high levels of salt in their diet were more likely to suffer blood vessel dysfunction. But when these same adults added four servings of cheese a day to their regimen, they did not experience this effect.

According to the American Heart Association, adults should consume 2,300 milligrams of sodium a day or, ideally, less. They say that too much dietary sodium can cause high blood pressure, a key harbinger of heart disease.

“While there’s a big push to reduce dietary sodium, for a lot of people it’s difficult,” says doctoral student Billie Alba, who led the study which was supported with funding from the National Dairy Council. “[This] could be an alternative strategy to reduce cardiovascular risk and improve vessel health without necessarily reducing total sodium,” she tells Penn State News.

Alba’s study included 11 healthy adults who did not have salt-sensitive blood pressure, so they could temporarily consume a high salt diet without causing immediate health issues. During four eight-day periods, each participant followed a different diet: a low-sodium, no-dairy diet; a low-sodium, high-cheese diet; a high-sodium, no-dairy diet; and a high-sodium, high-cheese diet.

Low-sodium diets consisted of 1,500 mg of salt per day, while high-sodium dieters took in 5,500 mg per day. Those consuming dairy got to eat 170 grams of cheese per day — the equivalent of about a cup and a half of grated cheddar.

To assess vascular health, researchers dosed each participant with the drug acetylcholine, which tells blood vessels to relax. How their vessels responded to the drug indicated their level of vascular function. Their blood pressure and salt levels in urine were also monitored throughout the study.

“While the participants were on the high-sodium diet without any cheese, we saw their blood vessel function dip to what you would typically see in someone with pretty advanced cardiovascular risk factors,” says fellow researcher and kinesiology professor Lacy Alexander. “But when they consumed the same amount of salt, and ate cheese as a source of that salt, those effects were completely avoided.”

“There is scientific evidence that dairy-based nutrients, specifically peptides generated during the digestion of dairy proteins . . . have the ability to scavenge these oxidant molecules and thereby protect against their damaging physiological effects,” Alba says.

This study supports past evidence of a link between dairy and improved heart health.

Says Alexander, “Studies have shown that people who consume the recommended number of dairy servings each day typically have lower blood pressure and better cardiovascular health in general.”