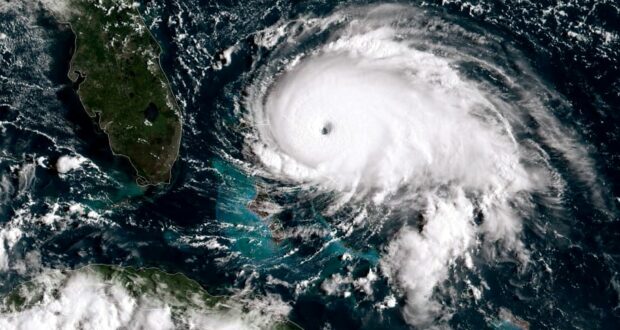 The scope of the calamity Hurricane Dorian brought to the Bahamas is becoming clear, as rescue workers reach devastated sections of the island chain. The official death toll now stands at 20, but that number is expected to rise sharply in the coming days.

Dorian is now a Category 2, lashing the southeastern coastline of the United States. It remains dangerous, despite being diminished from the Category 5 it carried into the Bahamas.

Bahamian Prime Minister Hubert Minnis says Dorian left “generational devastation” and is asking for prayers for families of the deceased. Both the islands of Abaco and Grand Bahama were inundated by a punishing storm surge, as Dorian essentially parked over the Bahamas for two days.

As photos and videos vividly illustrate, Dorian razed entire neighborhoods and destroyed docks. Some local airports remain under several feet of water, days after the storm moved away over the Atlantic Ocean. 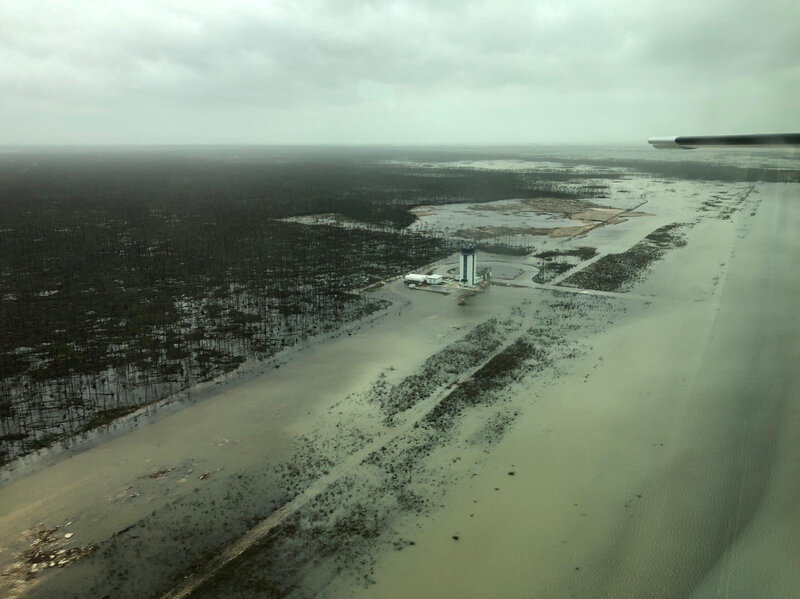 An aerial view shows the Marsh Harbour Airport after hurricane Dorian hit the Abaco Islands in the Bahamas on this week.

There are parts of Abaco — where the storm came ashore as a Category 5 on Sunday with wind gusts exceeding 220 mph and deadly storm surge — that are still only reachable by helicopter or small watercraft, like jet skis.

Estimating that roughly 60% of the homes on Abaco were destroyed, Minnis says, “thousands of individuals are now homeless.”

While many of the hardest-hit areas have been difficult to reach, there are now stories coming to light of Bahamians who survived the storm.

Krystel Brown of The Nassau Guardian newspaper relays the harrowing story of a man named Adrian Farrington, whom she met at Princess Margaret Hospital in Nassau. He had been airlifted there from Abaco.

“He told us about a terrifying 24 hours that he spent outside weathering the catastrophic conditions with his son on his back” as he treaded water, she says. 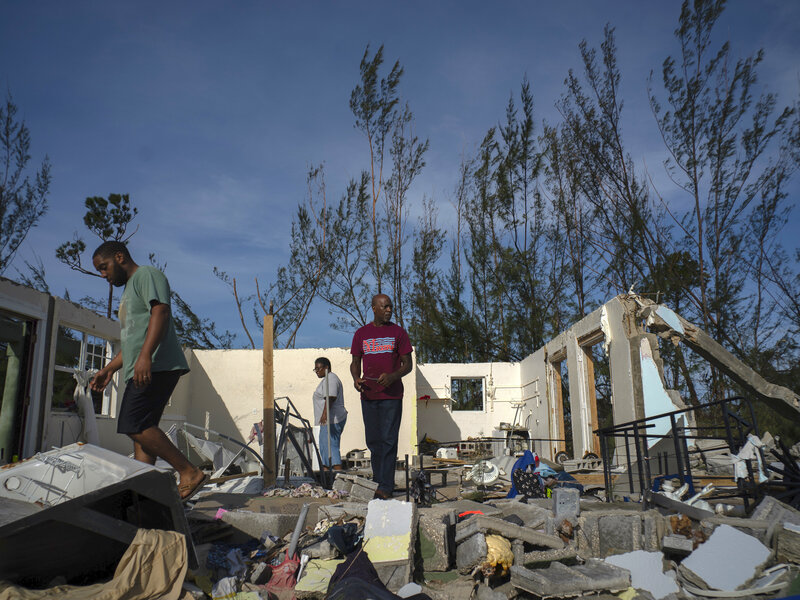 George Bolter, left, and his parents walk through the remains of his home destroyed by Hurricane Dorian in the Pine Bay neighborhood of Freeport, Bahamas. Rescuers trying to reach drenched and stunned victims in the Bahamas fanned out across a blasted landscape of smashed and flooded homes Wednesday.

Brown says the storm surge was about 20 feet, and Farrington had to resort to breaking in to “several homes to try to seek shelter.” At one point, Brown says, Farrington put his 5-year-old son on a roof.

As Farrington was trying to join the boy on the rooftop, Brown says a storm surge “knocked his son on the other side of the house into the murky waters below. And he’s never seen his son since.”

Farrington, Brown says, eventually made it to higher ground to look for his son. But after doing so, he discovered he couldn’t walk because his leg was broken. So he resorted to crawling on the ground. He eventually located a church, but he wasn’t safe there either.

Once inside the structure, Farrington noticed a wall swaying – and eventually it collapsed on several people in the church. He is not sure if there were any survivors.

The catastrophic damage Dorian left behind is difficult to put into perspective. Reporting from Nassau, NPR’s Jason Beaubien says that in some places the destruction is “just almost total.”

He describes boats that are strewn “all over the place,” with debris and mud scattered over wide swaths of land.

“Really, at this point, they’re just trying to figure out how to get in there and operate because the airports are underwater and even, like, the ports are destroyed. So the level of destruction is really pretty amazing,” Beaubien says. 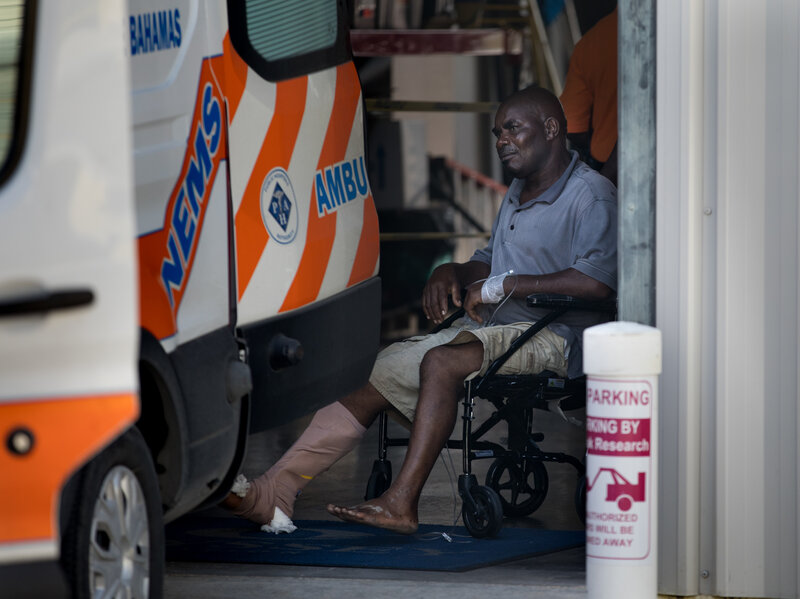 An injured man is evacuated from Marsh Harbor to Nassau, Bahamas, after surviving Hurricane Dorian on Wednesday.

International search and rescue teams continue to comb the islands for survivors and those in need of help. The U.S. Coast Guard says it has rescued 135 people and six pets as of Thursday morning; a British Royal Navy vessel has been distributing food and water.

A preliminary estimate by Karen Clark & Company, a firm specializing in catastrophe modeling, puts the total loss for the Bahamas at $7 billion, “including building, contents and business interruption exposures…” That estimate does not take into account losses from automobiles or infrastructure.

Several relief groups have pledged to assist the Bahamas with relief and recovery efforts. The United Nations and International Red Cross are rushing to get food and medical supplies to people in need. Private sector companies including the Walt Disney Co., Royal Caribbean International and Carnival Cruise Line say they will also chip in to support the Bahamas.

In the Bahamas, there are also fears that tensions may rise as people in dire need of food, water and other supplies become increasingly desperate.

“Eventually, I feel like there’s going to be some real chaos of people trying to survive,” Javon Cambridge tells NPR, describing the scene after he was evacuated from Marsh Harbour.

“There’s no water. They’re collecting rainwater. And they’re flushing their toilets with water from off the road,” Cambridge says.

“It’s really an emotional time for Bahamians,” says Brown of The Nassau Guardian. “We still believe that there are many more people that need help.”

Previous: Why China Won’t Retaliate…
Next: Why This NASA Chief Says Pluto Is A Planet