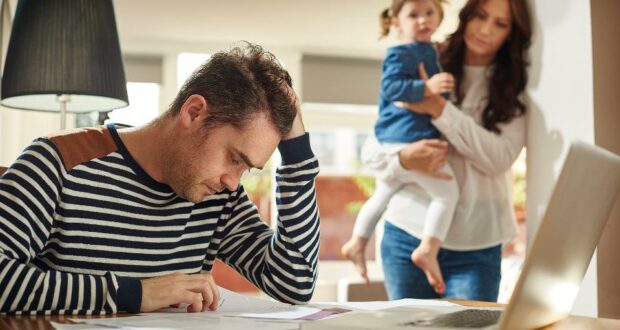 Why America’s Families Are Struggling Financially

The finances of Americans may not be as good as they look from the outside.

Only 28% of Americans are considered “financially healthy,” according to a CFSI survey of more than 5,000 Americans. “Financial health enables family stability, education, and upward mobility, not just for individuals today but across future generations,” the CFSI says. “Many are dealing with an unhealthy amount of debt, irregular income, and sporadic savings habits.”

Meanwhile, 17% of Americans are “financially vulnerable,” meaning they struggle with nearly all financial aspects of their lives, and 55% are “financially coping,” meaning they struggle with some but not all aspects of their financial lives. The recent volatility in the Dow Jones Industrial DJIA, +0.17%  and S&P 500 SPX, -0.02%  has not helped Americans feel secure, experts say.

These findings are based on the CFSI Financial Health Score, a framework designed by CFSI to measure financial health more holistically by examining spending, saving, credit, and other indicators. Some 44% of respondents said their expenses exceeded their income in the past year and they used credit to make ends meet. Another 42% said they have no retirement savings at all.

They come on the heels of a previous study from personal-finance site Bankrate.com that found only 29% of Americans had 6 months or more of emergency savings and a nearly equal percentage said they had none. Indeed, most Americans would not be able to pay for an emergency expense of $1,000, a separate 2015 study showed.

The median American household currently holds just $11,700 in savings, according to a recent analysis of Federal Reserve and Federal Deposit Insurance Corp. data by personal-finance site Magnify Money. The top 1% of households in the U.S. by income have a median savings of $1.1 million across a variety of saving accounts. The bottom 20% by income have no savings accounts and the second lowest 20% income earners have just $26,450 saved.

What should people do to become more financially fit?

“We need to look beyond the headlines to metrics that will help us better understand the true state of Americans’ financial lives,” the study said.

The CFSI survey shows the broad statistics on the economy, a bull market, and unemployment rates often fail to capture the plight of Americans as individuals, said Mark Hamrick, senior economic analyst Bankrate.com. “The news surrounding the markets and the economy is critically important, but it doesn’t speak to the status of everyone,” he said.

Hamrick advised making two things a priority. “All of this is a call to action,” he said. “We need to make savings, both for retirement and for emergencies a higher priority, so that they aren’t the source of financial regret later in life.”

Meanwhile, the majority of Americans in a recent survey said their finances have not improved since the 2016 elections. “Given the market growth, consumers would expect to be earning more money, but it’s not really happening,” said Divya Sangam, spokeswoman at personal-finance site ValuePenguin.

Previous: Essential oils for tinnitus and hearing loss: Will they help?
Next: Electronic Skin: The Newest Health Tech