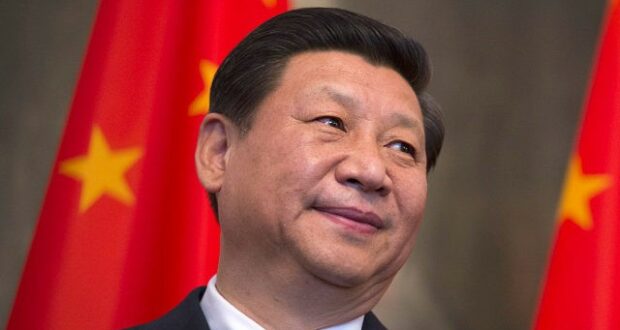 “China has ample means for retaliation, but thinks the question that should be discussed now is about removing the new tariffs to prevent escalation of the trade war,” Ministry of Commerce spokesman Gao Feng told reporters in Beijing on Thursday. “China is lodging solemn representations with the U.S. on the matter.”

When asked if that meant China wouldn’t retaliate at all for the latest escalation by the U.S., Gao didn’t elaborate but repeated the same comments. China has hit back against each previous tariff increase by the U.S., so not responding in kind this time may signal a change in strategy.

Stocks across Asia pared losses and European stocks turned higher with U.S. equity futures as investors interpreted the comments as an olive branch from Beijing aimed at getting talks back on track. Gao said that both sides are discussing the previously announced trip in September by Chinese negotiators to Washington.

The U.S. announced new tariff rates earlier this month on $300 billion of Chinese goods that will come into effect in September and December. Beijing then retaliated last week, announcing its own higher import taxes.

That prompted a reaction from Trump, who tweeted that existing 25% tariffs on some $250 billion in imports from China would rise to 30% come Oct. 1, the 70th anniversary of the founding of the People’s Republic of China. He also lifted planned levies on $300 billion in Chinese goods due on Sept. 1 and Dec. 15 even higher.

“Escalation of the trade war won’t benefit China, nor the U.S., nor the world,” Gao said. “The most important thing is to create the necessary conditions for continuing negotiations.”

Gao also repeated Vice Premier Liu He’s comments on Monday that China is “willing to solve the problem through consultation and cooperation with a calm attitude, but firmly opposes escalation of trade war.”

If Chinese officials go to the U.S. for talks next month, the two sides should work together to create conditions for talks to progress, Gao said. Both sides are currently discussing the trip, and information on that will be released in a timely manner when available, according to Gao, indicating that the schedule isn’t set yet.

When asked about Trump’s claims that China had called over the weekend to resume trade talks, Gao said the two teams have been in “effective communications,” but he had no more details to reveal.

“There are all kinds of rumors flying around right now. We will clarify the facts regarding trade and let the public know the truth.”

— With assistance by James Mayger, and Miao Han