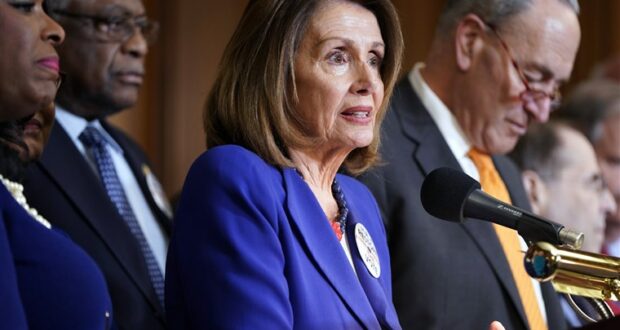 Over thirty years ago, the United States and Canada began trade negotiations. These talks resulted in the US-Canada Free Trade Agreement which took effect on January 1, 1989. Two years later, the US and Canada joined in additional trade talks with Mexico, which resulted in the North American Free Trade Agreement (NAFTA), which took effect on January 1, 1994.

At the time, Democrats and Republicans were willing to give into the demands of Canada and Mexico, at the cost of American manufacturing and workers. Both political parties deemed it was more important to have some sort of agreement that appeased our neighbors to the north and south rather than to help those here in America.

When businessman Donald Trump decided to run for the presidency, he promised to fix bad trade agreements, including NAFTA. He promised to put America and American workers first over appeasing other countries. This not only brought the ire of Democrats, but also a number of RINOs as well, but that did not deter Trump.

In May 2017, it was announced that US Trade Representative Robert Lighthizer was entering into talks with Canada and Mexico in regards of re-negotiating NAFTA. The goal of the Trump administration was to support more and higher paying jobs here in the United States which would help grow the economy here in the US. Again. Democrats and RINOs were outraged. After all, their plan was to destroy America, not improve it.

Just over a year ago, those re-negotiations with Canada and Mexico were concluded and a new version of NAFTA was agreed upon. The new agreement brought more jobs back to the United States and put American workers first, above international appeasement.

The hitch in the plan are House Democrats. For a year, they have been more focused on trying to impeach and oust Trump that they refuse to entertain passing the trade deal. The Mueller investigation was more important to Democrats than millions of American workers.

A year later, Congress has yet to consider and approve the new NAFTA deal. Senate Majority Leader Mitch McConnell, a usual antagonist of Trump, along with House Minority leader Keven McCarthy have both said they are ready and waiting to pass the new trade deal. The two GOP leaders wrote in the Wall Street Journal:

“President Trump and the leaders of Canada and Mexico announced the most significant trade deal in a generation a year ago this week. The U.S.-Mexico-Canada Agreement is unambiguously a win for America. It would create new jobs, expand export markets, strengthen protections for workers, and generate billions of dollars in new prosperity.”

“The U.S. Senate stands ready, willing and eager to pass it. There’s only one obstacle, which has been on full display in the last several days: House Democrats have been more interested in picking fights with the White House than clinching bipartisan victories for America. Under pressure from progressives to deny the country any successes during the Trump administration, Speaker Nancy Pelosi has tried to run out the clock on the USMCA.”

“If Mrs. Pelosi and House Democrats tank this trade deal because they don’t like the occupant of the White House, ‘Trump derangement syndrome’ will no longer be some Beltway curiosity. It will have drained potential prosperity from all 50 states and killed a huge number of American jobs.”

One would have hoped that after the Mueller investigation fizzled and went belly up that Democrats would finally think about doing something to benefit millions of working Americans, but no. Now they are chasing another witch hunt or rabbit trail in a renewed effort to impeach Trump for nothing more than being diligent in investigating troubling allegations made against Joe Biden and his son Hunter.

This blind and reckless passion for removing Trump supersedes doing what is right for the American people and the economy. I hope that millions of American workers realize just what the priorities of Democrats really are!