Home » Politics » Is The Fed’s Worst Nightmare Around The Corner? 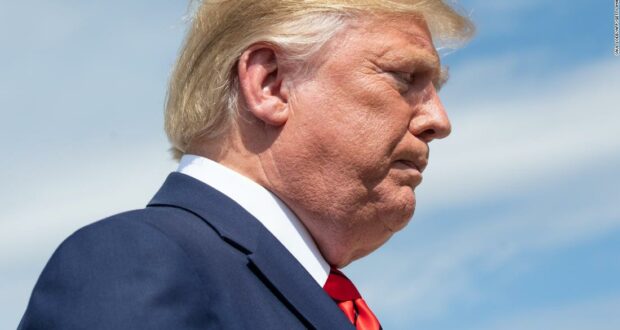 Is The Fed’s Worst Nightmare Around The Corner?

The Federal Reserve faces pressure to cut interest rates from investors and President Donald Trump. But the recent, albeit brief, spike in oil prices following an attack on oil fields in Saudi Arabia earlier this month raises a problem with that rate-cutting strategy: Inflation.

The threat of stagflation — a toxic combination of a slowing economy combined with rising prices — could make Fed chair Jerome Powell’s job much more difficult. Central bankers will need to pay even more attention to economic data points before making any further moves to cut rates.

“The Fed is like a base runner stuck between first and second base on a fly ball,” said Matt Forester, chief investment officer of BNY Mellon’s Lockwood Advisors. “It will need to be even more data dependent and reactionary. Higher oil prices would be a shock that is stagflationary.”

Forrester noted that higher oil prices are “unwelcome news,” because of concerns about the weakening economies of China and Europe.

He added that if the United States and China don’t come to a resolution on trade and more tariffs kick in later this year, that could lead to higher prices on many consumer goods. Along with a prolonged increase in oil prices, that could hurt the US economy.

“The biggest concern right now is how any oil price spike might work its way into GDP,” Forrester said. “Any additional shocks from trade and tariffs could be stagflationary as well.”

Expectations that Washington and Beijing will ultimately reach a trade deal has helped lift stocks lately. What’s more, oil prices have retreated a bit on hopes of a truce between Saudi Arabia and Yemen.

But Trump has been mercurial with his approach to China. That’s why some experts still aren’t ruling out stagflation as a threat right around the corner.

Higher prices and a slowing economy is a recipe for disaster

“On the trade front, prospects for a constructive, pro-growth deal are rapidly fading. In our opinion, this raises the odds that the Fed will ultimately be contending with stagflation — inflation caused by tariffs combined with a slowdown in economic growth,” said Lisa Shalett, chief investment officer with Morgan Stanley Wealth Management, in a recent report.

If stagflation does rear its head, that would be a problem for consumers, of course. And it could be disastrous for investors — just as it was 40 years ago, when the United States was crippled by runaway gas prices and a stagnant economy.

“What does a return to stagflation, similar to that of the late 1970s, imply for capital market returns? For the full decade of the 1970s, bonds and cash provided negative real returns as unexpected inflation turned real rates negative,” said Chris Brightman, partner and chief investment officer with Research Affiliates, in a report.

Still, others think that the Fed doesn’t need to be too concerned about inflation.

“I don’t see stagflation as a major risk. Inflation is still low even with the tariffs that have been imposed,” said James Ragan, director of wealth management research at D.A. Davidson.

Core consumer prices, which exclude energy and food costs since they tend to be so volatile, were up just 2.4% year-over-year in August. While that’s the highest rate since July 2018, it’s still below the average annual wage increase of 3.2% that the government reported in the last jobs report.

In other words, worker paychecks are more than keeping pace with rising prices.

“People are not really fearing the potential for inflation, whether it’s tariff-related or a bounce in commodities,” said Yousef Abbasi, director of US institutional equities and global market strategist at INTL FCStone.

“It’s been more than a decade where investors and market prognosticators have spoken about the potential for higher inflation and hasn’t come to fruition,” Abbasi added.

Nonetheless, inflation remains enough of a concern that traders no longer think another interest rate cut from the Fed is a slam dunk when it next meets on October 30. According to federal funds futures contracts traded on the CME, investors are now pricing in a more than 55% chance that the Fed will hold rates steady.

“Inflation might be creeping up but we’re nowhere near the doomsday scenario of it getting out of control,” said Joe Mallen, chief investment officer with Helios Quantitative Research.

“Still, with inflation ticking up a bit and the economy not screaming recession, the Fed should sit back. It can wait and see. There’s no need to stimulate the economy or tighten rates,” Mallen added.

Previous: Why European Millennials Are Not Like Their American Counterparts
Next: Maine Is Considering Physical Fitness Standards for Some School Employees