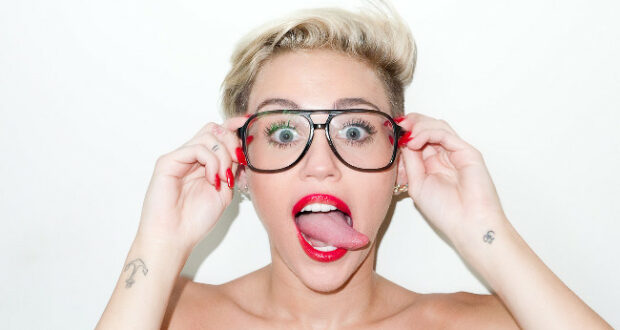 Miley Cyrus tested Instagram’s community guidelines on Tuesday by posting a series of selfies in which her nipples are exposed.

In the series of photos, the 26-year-old singer is seen rocking a sheer white tank top paired with denim cut-off shorts. Cyrus appeared to take the first three pics in her bathroom mirror, while the last two photos feature Cyrus sitting outside with a sparkly guitar.

“I’m getting more basic by the day. The only thing the ‘new me’ loves more than a mirror selfie is a self timed (sic) one,” the “Slide Away” songstress captioned the photographs.

Cyrus then seemingly acknowledged that she was pushing the social media app’s guidelines by writing: “PS this is getting removed soon! I’ve been warned by the gram gods!”

Per Instagram’s community guidelines, they “don’t allow nudity” on the platform which includes “some photos of female nipples.” It notes that pictures of “post-mastectomy scarring and women actively breastfeeding are allowed.”

This isn’t Cyrus’ first attempt to push against Instagram’s rules. Back in 2014, the star showed her support for the Free The Nipple campaign, which aims to desexualize the female nipple.

At the time, she posted a stylized, topless black-and-white photo of herself on Instagram alongside the caption: “some lame a– def gonna (flag) that but f–k it. #practicewhatchupreach #FreeTheNipple #FreeatSh–.”

Previous: Ancient Food Cravings: Sleep and Junk Food
Next: Doctors Say Most Infants Are Still At Risk At Night