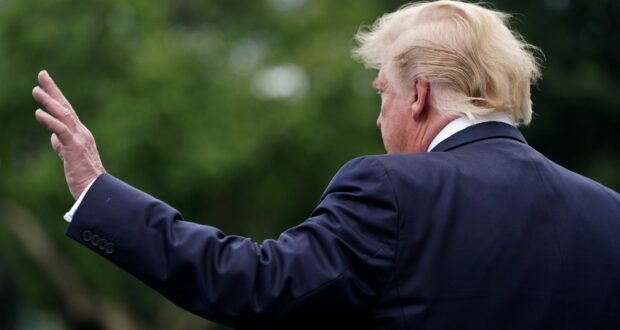 From the second it was announced that Donald Trump had secured enough Electoral College votes to win the presidency, Democrats vowed they would do whatever they could to remove him from office. Once Trump was sworn into office and began to undo many of the harmful things that Barack Hussein Obama had instituted, Democrats vowed to work even harder to remove Trump.

Democrats colluded and attempted a political coup to oust Trump from the White House. In actions never before witnessed in American history, numerous Democrats went beyond the law and Constitution in their attempt to find enough evidence with which to impeachment Trump. When they couldn’t find that evidence, they helped manufacture it (the Steele dossier) and then used that manufactured and inaccurate evidence to launch an investigation with the sole purpose to impeach Trump.

Caring nothing about America, the nation’s budget or the American people, Democrats forced a nearly 2-year-long investigation, spearheaded by Robert Muller that cost US taxpayers around $32 million.

It needs to be noted that Muller was the firmer Director of the FBI under Barack Obama who originally buried the investigation into the infamous Uranium One Deal. The early investigation led to charges of bribery and money laundering of some Russians and strongly implicated Obama and then-Secretary of State Hillary Clinton.

In the end, it was proven that there was NO collusion on the part of Trump with Russians to influence the 2016 election. Some still believe that Trump may have been guilty of obstruction of justice, but most of the evidence questions that assumed guilt. In fact, if anyone was guilty of obstruction of justice, it was Barack Obama and most of his political entourage and many Democrats in Washington DC.

After nearly two and half years in office, Democrats had failed to impeach Trump and remove him from office, but that has not thwarted their anti-American passion to oust a president who has done more to keep his political promises and improve life in America than many presidents before him.

So, they have to find another reason to attempt an impeachment and this time, it further highlights the hypocrisy and double standards of Democrats.

How so? Democrats are twisting the Trump investigation into corruption involving Joe Biden and his son Hunter into a collusion case against Trump.

But let’s take a step back that should bear on the Trump investigation of Biden. Back in 2012, I wrote:

Both Barack Obama and Joe Biden keep hammering Mitt Romney for outsourcing jobs overseas.  Just yesterday I saw another Obama commercial that mentioned Romney’s career at Bain Capital and how so many people lost their jobs when he sent jobs to other countries.  Biden mentioned Romney’s outsourcing when speaking recently in North Carolina and Virginia.

At the same time Biden criticizes Romney for sending jobs overseas, Biden’s close friend and campaign donor John Hynansky secured a taxpayer funded loan of up to $20 million to open a luxury car dealership in the Ukraine.  Yep, that’s right the UKRAINE!  And since it is a taxpayer based loan, that means you and I are basically the co-signers for the loan and if Hynansky defaults on the loan, you and I are going to have to pay it off with our tax dollars.  So ask yourself how many people in the Ukraine are going to be able to afford Porsches, Land Rovers, and Jaguars?

According to the loan documents, John Hynansky, Michael Hynansky and Alexandra Vadas (Hynansky) are the sponsors for the loan to LLC Winner Imports Ukraine, Ltd.  So what relationship does the Hynansky family have with Joe Biden?  Listen to how Joe Biden described John Hynansky when speaking to an audience in the Ukraine in 2009, (voice clips starts at 4:37):

John Hynansky and his family bought a U.S. taxpayer backed loan by donating to Biden and then Obama and Biden.  The loan will create jobs in the Ukraine at our expense while millions of Americans are out of work here in the U.S. and Biden has the audacity to criticize Romney’s record.  He needs to look closer to home before opening his mouth, but then Biden has rarely seemed to care what he says.

Moving forward, it has been reported that Biden’s son Hunter has ties to corruption in the Ukraine which also appears to point to collusion and accepting foreign campaign contributions for Biden, as reported:

Giuliani and his client President Donald Trump have come under scrutiny over a phone call between Trump and Ukrainian President Volodymyr Zelensky, during which Trump is accused of asking Zelensky to order an investigation into the Biden allegations.

“NEW FACT: One $3million payment to Biden’s son from Ukraine to Latvia to Cyprus to US. When the Prosecutor asked Cyprus for the amount going to a son, he was told US embassy (Obama’s) instructed them not to provide the amount. Prosecutor getting too close to son and Biden had him fired,” Giuliani wrote in the first of six tweets.

“Did Obama know that his VP, the one he put in charge of giving billions to Ukraine, had a son who was making millions on the board of one of the most corrupt companies in Ukraine. Biden’s boss had stolen $5B from Ukraine and was a fugitive. Did Obama know? Did he approve?” he added.

Giuliani then raised the prospect of money laundering.

“Biden scandal only beginning. Lots more evidence on Ukraine like today’s money laundering of $3 million. 4 or 5 big disclosures. Also, the $1.5 billion China gave to Biden’s fund while Joe was, as usual, failing in his negotiations with China is worse,” he wrote.

So, it only seems prudent that Trump would and should ask for help from the Ukrainian government in any investigation of Biden and his son in lieu of the allegations and implications. However, Democrats are trying to turn Trump’s appropriate actions into some sort of scandalous actions that would allow them to impeach Trump.

Impeachment attempt #1 failed because there was no evidence of such. Technically speaking, there isn’t any evidence to support impeachment attempt #2, but that is not stopping Democrats. Even though the guilty party appears to be one of the leading Democrats for the 2020 White House bid, they are twisting, turning, manipulating and fabricating charges against Trump, for a second time. Will they succeed?