Home » Politics » What if Trump Impeachment Was Up to 6 Key Swing States? 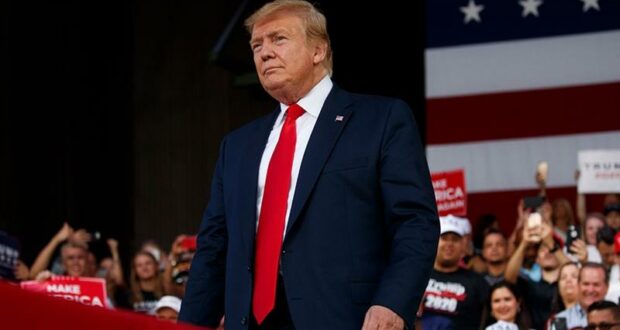 What if Trump Impeachment Was Up to 6 Key Swing States?

Democratic leadership is dead set on impeaching President Donald Trump as soon as possible, especially before the 2020 primary and caucus season begins. If they can oust Trump, the Republicans really don’t have anyone lined up and ready to challenge whomever the Democratic nominee will be.

At the moment, there are three Republicans challenging Trump for the 2020 GOP nomination. They are:

Joe Welch, former Representative from Illinois who only served 1 term.

William Weld, former Governor of Massachusetts who ran for the GOP presidential nomination in 2016 and lost.

To be honest, none of these three Republicans would stand a remote chance of defeating any of the top 12 Democratic candidates.

If Trump were impeached and removed from office, that would make Vice President Mike Pence the 46th President of the United States and he actually does stand a chance of defeating any Democrat.

The main question is whether or not Democrats will be successful in their attempt to impeach and remove Trump?

It is up to the House to bring articles of impeachment against the president and there is no doubt that the Democratic controlled House will have enough votes to move the impeachment forward. Then it goes to the Senate to hold a formal criminal trial and then vote to convict or acquit. It takes a two-thirds majority vote to convict (67 votes for conviction). The current makeup of the Senate is Republicans 53 seats, Democrats 47 seats and 2 seats held by Independents who generally vote Democratic. If all Democrats and Independents voted to convict, it would still take 14 Republicans to vote for conviction and knowing that there are some Republicans who are generally anti-Trump, such as Mitt Romney, it could be a very close vote.

But what if the impeachment was up to the 6 key swing states? Would Trump be convicted and removed from office or would he survive to run in 2020? According to a recent report, Trump would NOT be impeached:

Fifty-three percent of voters in six battleground states oppose impeaching President Donald Trump and removing him from office, according to a New York Times/Siena College poll.

The survey results for those key states were released Monday. Here is how they break down:

The poll, conducted Oct. 13-20, surveyed 1,934 registered voters in the battleground states. The margin of error is plus or minus 2.8%.

So, who are the Senators from these 6 states?

That equates to 5 Democrats and 7 Republicans. The question is – how would those 7 Republican Senators vote?