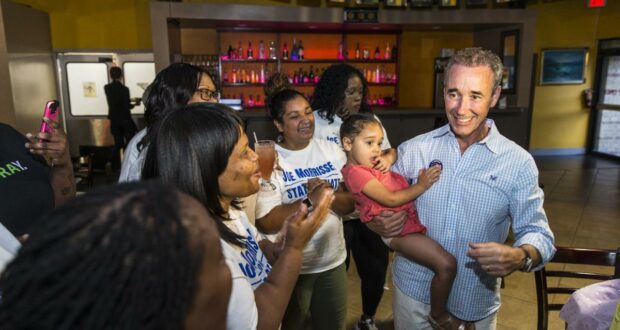 In October 2017, news broke about sexual assault and harassment allegations being made public against movie mogul Harvey Weinstein. This was the start of the Me Too Movement. It started with two women making the accusations against Weinstein and soon spread like a California forest fire with dozens and dozens of women from all walks of life making accusations against Weinstein, others in the movie industry, against bosses and politicians.

The Me Too fires claimed the careers of dozens of men, including some prominent members of Congress.

It didn’t take long for some radical liberals to think that they could use the Me Too Movement as a means to ruin the careers or election hopes of conservatives. Perhaps the most notable cases were those where unsubstantiated allegations were made against Donald Trump while he was running for president.

The same thing happened just days before the Senate confirmation hearings for Brett Kavanaugh and his nomination to the US Supreme Court. The sexual misconduct allegations were made public by Sen. Kamala Harris, currently running for the Democratic 2020 White House nomination. Those allegations were never proven and in fact, there was far more evidence presented that cleared Kavanaugh of any wrong doing, yet, Senate Democrats used it to try to prevent a conservative from sitting on the highest court in the land.

Former Alabama Supreme Court Chief Justice Roy Moore was also the victim of numerous allegations, none of which were ever proven, but the damage from the allegations was enough to prevent him from winning the vacated US Senate seat formerly held by Jeff Sessions. Even top ranking Senate Republicans openly supported the Democrat running for Sessions’ seat because they blindly believed the allegations made against Moore.

There is no doubt that allegations of sexual misconduct had become a powerful tool and weapon to wield to slay opponents and yet, in the midst of the fray, it seems that Democratic voters are beginning to turn a blind eye at members of their own socialist party, as reported:

A former Virginia lawmaker who made headlines after being accused of having sex with his teenage secretary has won a Senate seat.

He faced off against Independent Waylin Ross and got more than 60 percent of the votes.

Morrissey was jailed four years ago after the sex scandal involving his secretary, who Morrissey later married. The couple now has three children.

He denied wrongdoing but entered an Alford plea to a misdemeanor, contributing to the delinquency of a minor, acknowledging that prosecutors had enough evidence for a conviction.

Morrissey lost a 2016 campaign to be Richmond’s mayor and had his law license revoked last year.

Morrissey launched a bid for a Richmond-area state Senate seat in April and won the Democratic primary in June.

One has to ask what Virginia voters are thinking?

It tells us that Democrats will use such tactics to try to ruin anyone they disagree with but when one of their own is a convicted sex offender, they turn a blind eye and elect them to the state legislature. Sadly, this says a lot about Virginia voters and the state of America in general.

Previous: Holiday tips for those living with diabetes
Next: CBD to cure the common cold? Experts are split on its powers.