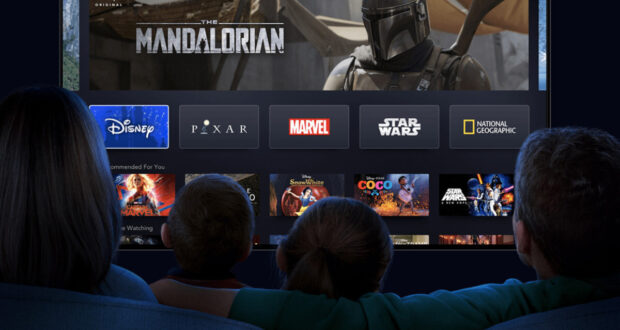 Disney+ launched to much fanfare on Tuesday, and then immediately hit some bumps.

Disney (DIS) fans looking to enjoy all the content the company’s new streaming service had to offer were instead greeted by error pages starring Disney’s own Wreck-It Ralph.

“Unable to connect to Disney+,” one error page, which showed Wreck-It Ralph holding a WiFi signal, read. “There seems to be an issue connecting to the Disney+ service.”

Another error page depicted Mickey Mouse and his dog, Pluto, as forlorn astronauts looking off into space.

“The consumer demand for Disney+ has exceeded our high expectations. We are pleased by this incredible response and are working to quickly resolve the current user issue. We appreciate your patience,” a Disney+ spokesperson said in a statement.

Downdetector, a website that provides information on online outages, had received more than 7,300 reports of problems related to Disney+ by 7 a.m. ET. The number of reports then dropped before going up again, spiking at nearly 8,500 reports around 9 a.m. ET.

Some users on social media reported a litany of difficulties launching the app and watching content on the service.

“Introducing Disney+ Premium! For a small $15-per-month upgrade fee, you can enjoy our vast catalog of films and television series without the hassle of none of it working,” Richard Lawson, Vanity Fair’s chief critic, tweeted.

The rough start for Disney+ is a bit embarrassing for the company considering the attention around the service’s launch.

The service is Disney’s first charge into the “streaming wars,” in which media companies like WarnerMedia and Comcast (CCZ) as well as tech giants like Apple (AAPL) are battling with Netflix (NFLX) for consumers’ time and money.

For Disney and its CEO Bob Iger, Disney+ represents a major shift in the company’s business focus and a possible key to its future.

“The launch of Disney+ is a historic moment for our company that marks a new era of innovation and creativity,” Iger said in a statement when the service launched early Tuesday.

The service will have 30 original series, 7,500 past episodes and 500 movie titles. That includes a new Star Wars series, “The Mandalorian,” Disney Animation, Marvel films such as “Avengers: Endgame,” documentaries from National Geographic and 30 seasons of “The Simpsons.”

Previous: Is it Time for Republicans to Embrace President Mike Pence?
Next: Jennifer Aniston gets a kiss from Gwen Stefani