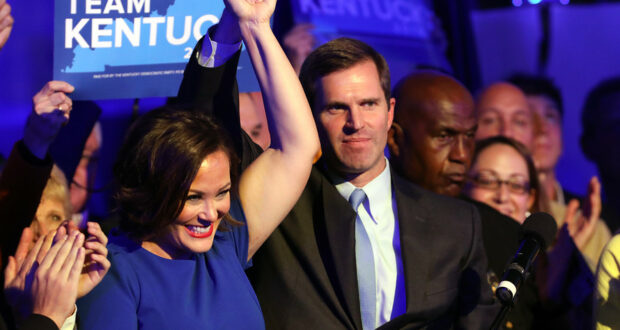 Do These Governor Races Foretell 2020 Elections?

Currently, there are 23 Democrats holding the governorship of their states compared to 27 Republicans. In some ways, this reflects the narrow lead Republicans hold in the Senate.

The tightness of these races prompted President Trump to help campaign for the Republicans. He made a visit to Kentucky on Monday to promote Bevin’s re-election bid. Bevin is being challenged by the state Attorney General Andy Beshear, son of former Kentucky Governor Steve Beshear, both of which are loyal socialist Democrats who are pushing many of the same agendas as the leading Democratic 2020 presidential candidates. Bevin has followed many of the same policies as Trump and has brought unemployment to a record low in the state. However, like in many states, the Democrats have strong support in the large metropolitan cities like Lexington and Louisville, while Republicans have more support in the more rural area and especially in northern Kentucky.

A number of political pundits and so-called experts are saying that these 3 key gubernatorial races may well predict how the 2020 elections will turn out.

So, how did these three races turn out?

In Kentucky, there were 1.4 million votes cast for governor and in the end, Democrat Andy Beshear won by less than 6,000 votes. This was largely due to the fact that Democrats claimed Bevin hates teachers when in fact he doesn’t. All Bevin tried to do was fix the state pension fund which has a massive debt over $24 billion.

In Mississippi, Republican Reeves defeated Democrat Hood to retain control of the governorship for the GOP.

In Louisiana, Edwards garnered 47% of the vote to Rispone’s 27%, but state law require a victor to win with 50%, so there will be a runoff.

However, the other big and not so great news in the 2019 election is the control of the Virginia state legislature. Before the election, Republicans held narrow leads in both the Senate and House, but after the election, Democrats won control of both. This should not be a huge surprise as Virginia voters elected an Clintonite Democrat as governor in the last election.

If the 2019 elections are any indication of what to expect in 2020, then the future of America is bleak at best. But then this is no surprise as America’s public education system has been working hard to produce a generation of America-hating socialists and many of them are now voting. With this ideological brainwashing that was planned more than a century ago, it’s only a matter of time before America will become another socialist nation and most likely follow in the footsteps of counties like Venezuela where unemployment is sky-high, inflation is sky high and social turmoil is also sky high.

If the 2020 election goes the same way as the 2019 election, it will be the death knell for our once great nation.