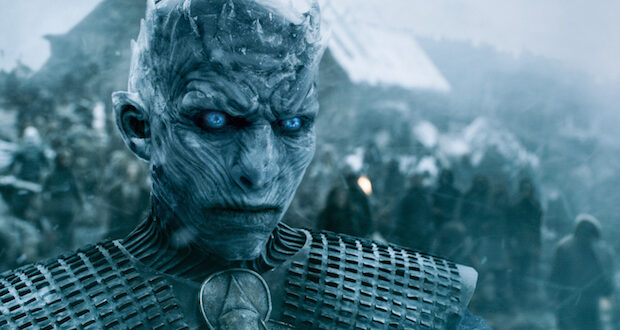 Game of Thrones is over, but the world of Westeros lives on, in the form of multiple spinoff series in various stages of development. Not even a polarizing final season that drew mixed reviews from critics and fans has dampened fan enthusiasm for the spinoffs, which will bring to life more stories from George R.R. Martin’s epic fantasy book series, A Song of Ice and Fire.

But despite the public’s hunger for more, the journey hasn’t exactly been smooth sailing for the spinoffs. Of the five pitched series originally announced in 2017, two have been killed, and three appear to be in project limbo, while a new, surprise sixth show, received a full series order in October 2019 — on the same day news broke that HBO was tabling the only previously announced series to have made it to the pilot phase.

The new show will be a prequel entitled House of the Dragon. HBO ordered an initial 10-episode season, but there’s no air date for the series yet.

But what of the other five prequel series? Because there are so many spinoff pitches floating around, it’s easy to get confused about which ones are still in play. It’s also easy to get excited for the prospect of a constant string of Westeros adaptations coming our way.

But in fact, HBO’s endgame is much different. In 2017, HBO programming director Casey Bloys explained to Entertainment Weekly that the network was planning on using the pitches, and their development stages, to ideally select just one standout series that was “worthy” of bearing the Game of Thrones mantle.

“In the press at large, everybody said, ‘there are four spinoffs’ and they assume that means each one is happening and we’re going to have a new Game of Thrones show per quarter,” he said. (At the time, the fifth and sixth possible spinoffs hadn’t yet been announced.)

“That’s not what’s going on. The idea is not to do four shows … I want to make sure that [any prequel] feels worthy [of Game of Thrones].” Bloys added that the fact so many pitches are in development “increases our odds of finding one that’s unique.” It’s an unusual approach to series development, and tells you just how committed HBO is to keeping Game of Thrones’ massive fandom satisfied: The network wants to focus its efforts on bringing at least one great prequel to Game of Thrones fans. For now, that one series seems to be House of the Dragon.

But where does that leave the other prequels? Here’s where you’ll find the latest info on all of them — updates on House of the Dragon, as well as the most complete and current information about the status of the other spinoffs.

House of the Dragon will follow established Westeros history

The network announced the new series on October 29, 2019, during an investor event for the streaming platform HBO Max. Martin and Colony co-creator Ryan Condal came up with the idea for the show; Condel will split showrunner duties with popular Game of Thrones director Miguel Sapochnik, who directed major battle sequences in essential episodes like “Hardhome” and “Battle of the Bastards.” Sapochnik will direct multiple episodes, including the series pilot.

Arguably the best thing about the prequels is that Martin has already written much about the history prior to the book series. Due to that, we should already know what happens in them, more or less, so there’s no major suspense about the outcome. This hopefully means there’ll be no repeats of the story exhaustion that plagued Game of Thrones’ controversial eighth and final season. But even though the show has a lot of source material to draw upon, so far we know very little about what House of the Dragon will be about. Even the HBO press page for the show has scant information.

Still, there’s a lot we can infer from what we do know.

House of the Dragon is based on events chronicled in Martin’s historical Westeros companion book Fire and Blood, according to a May blog post from Martin. “[M]aybe some of you should pick up a copy of FIRE & BLOOD and come up with your own theories,” he advised fans.

The TV series, like Fire and Blood, will largely concern the events that led to the Targaryens’ long reign over Westeros. The timeline sets the story 300 years prior to the events of Game of Thrones, which means the series will follow the years of Aegon I Targaryen’s steady campaign to conquer and rule over all of the Seven Kingdoms, a time that became known as Aegon’s Conquest. This period, which lasted around two years, was so pivotal to Westerosi history that it became the equivalent of the historical divide between B.C. and A.D. in our own time, with years before the conquest tracked in reverse chronological order, and years after the conquest counted as “1 A.C., 2 A.C.,” et cetera.

Aegon I was said to be a fierce and focused, but a pious and merciful ruler. He also married both of his sisters, which should make the sexual politics of the new series quite … interesting. The series will also most likely deal with the political intrigues and clashes with other clans that follow the Targaryens’ rise to prominence.

The Targaryens lived at Dragonstone — the ancestral castle we saw Daenerys triumphantly returning to at the end of Game of Thrones’ penultimate seventh season — throughout their long reign, and the new prequel series will undoubtedly spend lots of time there.

Many fans have been hoping that if House of the Dragon follows Fire and Blood in its entirety, it will invoke the “Dance of the Dragons,” a fierce dispute that divided the Targaryens and ultimately split the country into civil war. The Dance of the Dragons was a conflict over succession between Aegon I’s great-great-great-grandchildren, Rhaenyra and her half-brother Aegon II. You can read all about how it turned out for them both in the story The Princess and the Queen, which is an entire novel devoted to chronicling the civil war, tucked inside of Fire and Blood.

Though some media outlets have reported that the series’ goal is to eventually arrive at the Dance of Dragons, this detail isn’t confirmed. And crucially, that war takes place approximately 100 years after the show’s announced setting, so if that date is accurate, getting to the war would require either some interesting narrative time jumps, or a very long series run. For comparison, each Game of Thrones season covered about a year of its storyline.

But where does that leave the other prequels? Let’s break it down.

The fifth pitch came from longtime Game of Thrones assistant and writer Bryan Cogman; but Cogman was tied up with the final season of Thrones, and it seems he never really got his idea for a new series off the ground; he confirmed in April that his pitch wasn’t happening.

Then came the sixth pitch: Condal’s idea, which became House of the Dragon. Deadline speculated in September that Condal’s pitch was actually a reworking of Cogman’s pitch, but this detail is unconfirmed.

Goldman’s project was the first to receive a pilot order; it was to star Naomi Watts and feature directing from Jessica Jones’ S.J. Clarkson. Set 5,000 years before the events of Game of Thrones, the series would have explored the Age of Man and the conflict between humans and the Children of the Forest. Yet despite plenty of hype — Bloys called the footage “amazing” as recently as July — the production was reportedly rocky, the pilot didn’t impress HBO executives, and at this point the series seems to be effectively tabled.

That leaves us with three of the original four pitches still up in the air. In May, Martin wrote on his blog that two of the remaining series “remain in the script stage, but are edging closer” to production. He later added Condal’s pitch to the number of pitches that were still alive. That means that two of the final three pitches — Borenstein’s, Helgeland’s, and Wray’s — could still make it through.

We know virtually nothing about Wray’s or Helgeland’s pitch. Martin has been working with all of the writers and is signed on to co-produce their series should they be picked up by HBO. He’s been nothing but enthusiastic about all of the writers, but the writers themselves have largely stayed mum.

We have, however, heard quite a bit of speculation about Borenstein’s pitch, courtesy of details leaked to Game of Thrones fan sites. The rumors claim that Borenstein’s series will be called Empire of Ash and deal with a major historical event that eventually led to Aegon’s Conquest: the “Doom of Valyria,” a cataclysmic event similar to the destruction of Pompei in our world. Valyria was once the ruling country of Essos, Westeros’s neighbor to the East. But during the Doom, the capital city of Old Valyria was destroyed in a single day by a massive volcanic eruption, followed by subsequent earthquakes that completed the devastation, altered the geography of the continent, and brought about the extinction of most of the region’s dragons.

In the middle of the destruction, House Targaryen emerged intact — and, crucially, saved most of its dragons, giving the clan unexpected power.

The Doom of Valyria inadvertently led to Aegon I’s ability to conquer most of Westeros, so the series would make a good companion to House of the Dragon. But there’s also the possibility that elements of Borenstein’s pitch have already been incorporated into Condal’s, just like Cogman’s may have been. In any case, if Empire of Ash gets greenlit, it will be an opportunity for fans to see a completely new aspect of the world — the lost civilization of Valyria, a diverse, sunswept country, ancient home to the Free Cities, like Braavos, where Arya Stark learned swordfighting.

Even if Empire of Ash, or the other two remaining spinoffs, gets a pilot order, it’s far from guaranteed that any of those pilots will eventually become a series. Lots of pilots are filmed but don’t become TV shows, or get seriously retooled before they ever make it to air; even Game of Thrones’ original pilot was remade after disastrous screen tests.

But given Game of Thrones’ popularity, and the seeming alacrity with which House of the Dragon was greenlit, it’s possible that the other remaining spinoffs have a decent chance of making it beyond the pilot phase.

In any case, fans will have plenty of fun speculating over their fates, and what stories House of the Dragon will bring, until we know more.

Previous: Serious Health Issues Caused By Tattoos
Next: Democrats Are Desperate To Win Elections… And It Shows