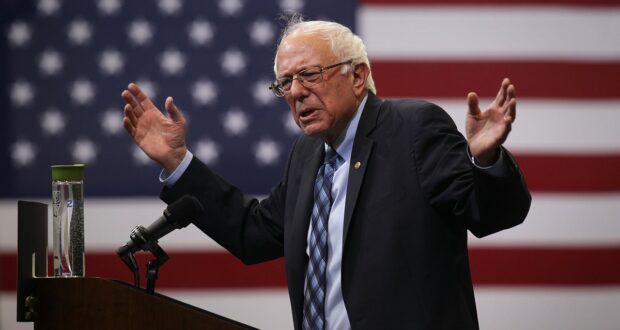 Is America Already a Socialist Nation?

For the past decade, I’ve been writing about the danger of allowing socialist Democrats to take control of America as their goal is to turn America into a socialist nation, but I have to wonder if it’s already happened.

Consider how far our nation has turned from its foundation.

When the Founding Fathers wrote the US Constitution, they intentionally started the historic document with these words:

We the People of the United States, in Order to form a more perfect Union, establish Justice, insure domestic Tranquility, provide for the common defence, promote the general Welfare, and secure the Blessings of Liberty to ourselves and our Posterity, do ordain and establish this Constitution for the United States of America.

At that time, they wanted the rule of the new nation to be by the people, not a tyrannical government as they had experienced under British rule. The power was placed in the hands of the people who selected those who would act on the will of the people to govern the nation. This is known as a republic, NOT a democracy. America was NEVER established to be a democracy.

To avoid this from happening, the Bill of Rights was penned and added to the Constitution, to ensure that the people would retain their rights, freedoms and power.

Over the past century, progressives have been steadily passing laws to undermine the Constitution and strip the people of their rights, freedoms and power.

In a growing number of areas in the United States, we no longer have the First Amendment rights to freedom of speech nor the freedom of religion. Hate language laws are being passed and laws like Obamacare force members of some religions to violate their beliefs or face retribution. Merchants can no longer run their businesses according to their faith but are being forced to cater to those who are an abomination to their faith.

The Second Amendment right to bear arms for protection is steadily being slashed away from our grip and there are those that want to openly abolish it completely.

The Fourth Amendment secures the right of protection in one’s own home and to protect them from unlawful search and seizure. This amendment is also being assaulted with unwarranted searches and seizures taking place and being upheld by socialist judges.

The Sixth Amendment has also been adulterated. For one thing, it is rare to get a speedy trial and being tried by an impartial jury. Have you ever been selected for jury duty? I have and it was obvious that jury selection is done to try to gain jury members that are partial to one side or the other. I was selected to serve on the jury for murder trial and when the defense attorney asked me if I supported the death penalty and I responded that I do, I was immediately excused from serving.

The Eighth Amendment states that there shall not be any cruel or unusual punishment inflicted on anyone and yet in today’s America, some very guilty people walk away while others who are innocent victims or living by their faith are being slammed with very strict and harsh punishment.

In socialism, the people have few, if any rights or freedoms and ALL power lies in the hands of the federal government, who dictates over to the people what they can and cannot do. In today’s America, that has become the case in many areas. We no longer have many of our individual and once guaranteed rights and freedoms. We are being dictated to by the federal government and it only continues to get worse.

America is no longer a nation of ‘We the people’!

Therefore, I have to consider the unwritten fact that America, in many ways is already a socialist nation and becoming more socialist every day!

Previous: Is Bloomberg a Threat If He Runs in 2020?
Next: Frozen II – What The Critics Are Saying