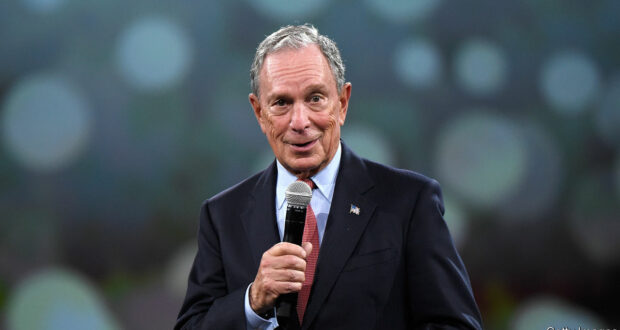 It was recently announced that former New York Mayor Michael Ruben Bloomberg is seriously considering entering the Democratic race for the White House. The question is if he does decide to run, will he pose a threat to the other Democratic candidates?

How much do you know about Bloomberg?

Did you know that he is currently the 6th richest person in the United States, according to one source and the same source doesn’t even list Donald Trump in the top 20 wealthiest people in the United States? Bloomberg has an estimated net worth of about $55.5 billion while many sources list Trump’s net worth between $2.5 billion and $3.7 billion. Some Democrats claim that Trump bought his way to the White House with his wealth and if that is even slightly true, then one has to consider that the possibility of Bloomberg doing the same is even more likely.

It may be wise to point out that Trump had no political experience (a reason many did vote for him) while Bloomberg served as mayor of the nation’s most populous city for 11 years.

Given that, what do voters think about the possibility of Bloomberg running for the White House and if he poses a threat?

One of the fairest and most accurate polls, Rasmussen Reports, wanted to know what voters think of Bloomberg, so they asked likely voters the following 2 questions:

2* Which of these candidates would make a better Democratic candidate against President Trump in 2020 – Joe Biden, Michael Bloomberg, Bernie Sanders or Elizabeth Warren?

How would you respond to these questions?

Here is what Rasmussen discovered:

Bloomberg views himself as a more centrist alternative to Sanders and Warren at a time when some Democrats fear that Biden’s campaign is stumbling. Despite his lukewarm performance at the most recent Democratic presidential debate, Biden holds a near two-to-one lead over Sanders and Warren among his fellow Democrats nationally. But he’s been unable to grow his support which peaked at 39% in January and May.

Last February, Bloomberg topped Trump 46% to 40% in a hypothetical 2020 matchup.

But one-in-five voters (22%) – and 20% of Democrats – don’t know enough about Bloomberg at this time to venture even a soft opinion of him.

Here is one thing to consider when contemplating any threat the Bloomberg may pose: when Trump announced interest in running for the White House, no one considered him to be a threat at that time and look at the outcome. I would be VERY cautious in not taking Bloomberg as a serious threat. For one thing, his immense hatred for the Second Amendment and adamant passion to ban all firearms in the United States from private ownership will resound well with millions of Democrats.

Previous: Why This Popular Airline is Asking For Catastrophe
Next: Is America Already a Socialist Nation?