Home » Love & Life » Is Retirement Dying? Why The Old Work Model Is Disappearing… 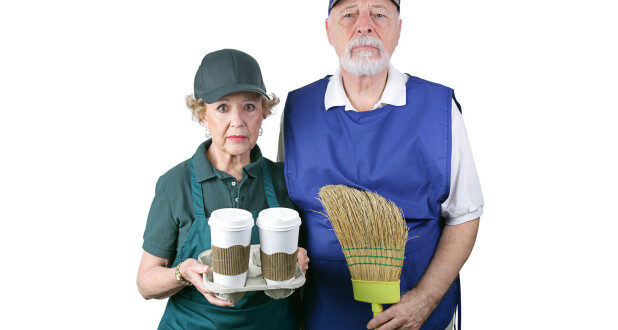 Is Retirement Dying? Why The Old Work Model Is Disappearing…

More Americans are opting to work well into retirement, a growing trend that threatens to upend the old workforce model.

One in three Americans who are at least 40 have, or plan to have a job in retirement to prepare for a longer life, according to a survey conducted by Harris Poll for TD Ameritrade.

Even more surprising is that more than half of “unretirees” — those who plan to work in retirement or went back to work after retiring — said they would be employed in their later years even if they had enough money to settle down, the survey showed.

Financial needs aren’t the only culprit for the “unretirement” trend. Other reasons, according to the study, include personal fulfillment such as staying mentally fit, preventing boredom or avoiding depression.

Start the day smarter. Get all the news you need in your inbox each morning.

About 72% of “unretiree” respondents said that they would return to work once retired to keep mentally fit while 59% said it would be tied to making ends meet.

“The concept of retirement is evolving,” said Christine Russell, senior manager of retirement at TD Ameritrade. “It’s not just about finances. The value of work is also driving folks to continue working past retirement.”

Older Americans are also the fastest-growing segment of the U.S. workforce, and Boomers are expected to live longer than previous generations.

The percentage of retirement-age people in the labor force has doubled over the past three decades. About 20% of people 65 and older were in the workforce in February, up from an all-time low of 10% in January 1985, according to money manager United Income.

Because of longer life spans, Americans are also boosting their savings to preserve their nest eggs, the TD Ameritrade study showed, which surveyed 2,000 adults between 40 to 79. Six in 10 “unretirees” are increasing their savings in anticipation of a longer life, according to the survey.

Among the most popular ways they are doing this, the company said, is by reducing their overall expenses, securing life insurance or maximizing their contributions to retirement accounts.

Unfortunately, many people who are opting to work in retirement are preparing to do so because they are worried about making ends meet in their later years, said Brent Weiss, a co-founder at Baltimore-based financial-planning firm Facet Wealth. He suggested that pre-retirees should speak with a financial advisor to set long-term financial goals.

“The most challenging moments in life are getting married, starting a family and ultimately retiring,” Weiss said. “It’s not just a financial decision, but an emotional one. Many people believe they can’t retire.”

Previous: What Are the Benefits of CBD?
Next: Another Reality TV Star Enters Politics to Defend Conservative Values