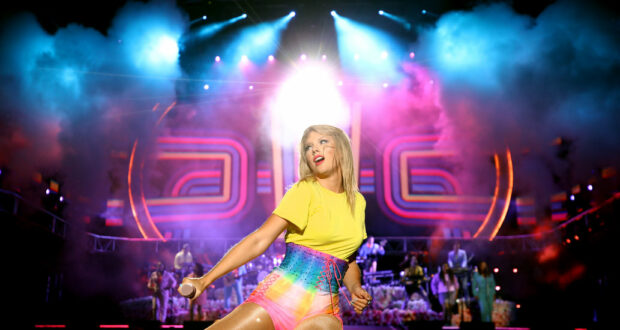 The Swifties were in an uproar this year… even before the Grammys take place.

That’s because Taylor Swift only received three nominations on Wednesday.

Her hugely popular “Lover” album was passed over for album of the year, though the title track is nominated for song of the year.

Instead “I,I” by Bon Iver; “Norman F***ing Rockwell” by Lana Del Rey; “When We All Fall Asleep Where Do We Go” by Billie Eilish; “Thank U, Next” by Ariana Grande; “I Used to Know Her” by H.E.R.; “7” by Lil Nas X; “Cuz I Love You” by Lizzo and “Father of the Bride” by Vampire Weekend will vie for best album.

That’s a pretty fresh list for the top category given that three of those artists — Lil Nas X, Billie Eilish, and Lizzo — are first-time nominees.

The Grammys have long been accused of not keeping up with the times and “playing it safe” by honoring the tried and true artists in the industry.

But this year it appears to be mostly about the new blood, with some of the more established performers actually being snubbed.

For example, the legendary Bruce Springsteen had a big year with the release of his live album “Springsteen on Broadway,” as well as his 19th studio album “Western Stars,” and yet he failed to receive any Grammy noms.

Maren Morris is not as seasoned an artist as Springsteen, but she, too, had a major year, culminating in six Country Music Association nominations and a win for album of the year at the recent event.

Speaking of Bey, she received four nominations, including best pop solo performance for her single “Spirit” off her “The Lion King: The Gift” album.

The artist who had everyone declaring it was a “Hot Girl Summer” was thought to be a favorite for best new artist, but she was was completely shut out of the nominations.

Previous: Could This Unknown Cancer Be Killing You?
Next: Walmart CEO: We Don’t Regret Stricter Gun and Ammo Policies