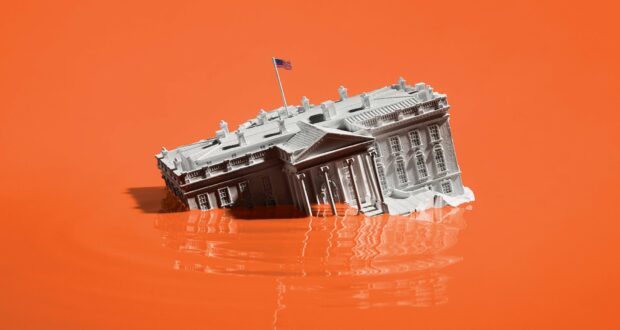 Naturally, the sewagestream media jumped on the story and reported it with such veracity that one would think that Trump was already proven guilty and ready to be removed from office, but that is far from the truth. Trump has not been found guilty of anything and ultimately, it takes a two-thirds majority vote of the Senate to actually convict Trump of any crime and to determine sentence if found guilty.

Leading up to and after the House impeachment inquiry vote, it became apparent that those pushing for Trump’s impeachment care nothing about legality or whether Trump committed any crime. It is purely a political move to remove the Democrats’ number one enemy. This is evident when you compare the statements made by Rep. Steve Scalise (R-LA) and Rep. Adam Schiff (D-CA).

Scalise – “When you look at this Soviet-style process, it shows you that they don’t really want to get to the truth. They want to remove a sitting president.”

Those are the truest words I’ve heard spoken during the entire impeachment circus. When you read the words of Schiff, you will understand what Scalise was talking about.

Schiff – “I think they will see facts that cause them great concern about the president abusing the power of his office.” Both quotes transcribed from news broadcasts.

If Schiff, Chair of the House Intelligence Committee, is concerned about a president abusing his power, then why was he silent for the eight years that Barack Hussein Obama repeatedly abused his power, violated the US Constitution, federal laws, Congress and the courts?

To begin with, Schiff is all concerned about Trump’s call with the Ukrainian president, but what about Obama’s visit with former Soviet President Medvedev when Obama was caught on a live microphone telling him that once he is re-elected that he could do anything he wanted?

The US Constitution clearly states that only Congress can alter a law that it is passed, or it can be altered by a ruling of a federal court. However, Obama repeatedly violated this constitutional mandate. When Congress froze assets and the sale of fighter jets to Egypt’s then governing political party, the Muslim Brotherhood, Obama took it upon himself to free up over $50 million and the sale of fighter jets. Don’t forget that the US government defined the Muslim Brotherhood as a terrorist organization.

What about when Obama instructed the Justice Department to stop enforcing the Defense of Marriage Act, over a year before the Supreme Court ruled against some of the Act’s provisions?

Congress had passed the federal immigration laws, and yet Obama instructed the Department of Homeland Security to not fully enforce all aspects of the law.

Don’t forget that Schiff was one of the loudest complainers about the Russian interference in America’s 2016 election, but it has been proven that Obama and his administration knew about the Russian activities and did nothing to stop it or report it, until AFTER Trump won the election.

Schiff was a loud complainer when Trump tried to block the testimonies of some of his people and yet Obama blocked the testimony of then Attorney General Eric Holder during the congressional investigation of Operation Fast and Furious. Additionally, Obama used his executive privilege to block congressional subpoenas for documents associated with Operation Fast and Furious.

When a federal court ordered the Obama administration to stop issuing the three-year work permits to DACA aliens, his administration continued to issue them for several months afterwards.

Oh yeah, concerning DACA – Obama admitted that it was a temporary thing and when Trump tried to end DACA by the exact same process Obama used to create it, Schiff was one of those claiming that Trump was abusing his power. If that’s the case, then wasn’t Obama also abusing his powers?

Then there is also the illegal sale of 20% of America’s uranium supply to a known enemy – Russia. The Constitution defines this as TREASON.

These are only a few of the many illegalities that took place by Obama and his administration. This proves that Schiff isn’t concerned about a president abusing power, but like Scalise said, it’s all about removing a sitting president.