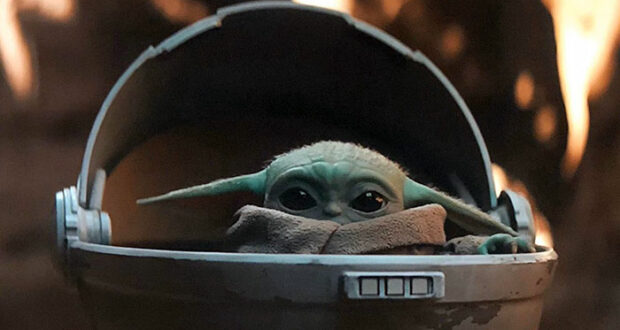 Disney+ has quickly become the only streaming service people want to talk about in the weeks since it launched, and a big part of that is because of The Mandalorian; specifically, the existence of one Baby Yoda.

The Mandalorian is an incredibly fun, well-crafted show on its own, and Baby Yoda is undeniably wholesome and adorable. Baby Yoda also happens to represent countless dollars in merchandise sales down the road, and The Mandalorian will soon include marketing for Star Wars: The Rise of Skywalker. Disney is partially using the show to do what it has always done best: market.

If a Disney property is really successful, it won’t just make $1 billion at the box office, pull in millions of subscribers or viewers every week, and make bank on the merchandising side — it’ll do all of that, and more. Baby Yoda is the first taste of how Disney is planning to keep subscribers consistently engaged with Disney+ and outside of Disney+. Weekly episodes starring the adorable character keep people locked in, and new merchandise acts as a constant reminder online and in stores of Baby Yoda’s existence. Baby Yoda, and subsequently Disney+, become unavoidable.

There’s no question that Baby Yoda is driving interest in Disney+. Research firm Parrot Analytics found that The Mandalorian is the most in-demand show across all platforms right now, and Disney’s staggering 10 million subscribers on launch day says a lot for the brand power alone. Baby Yoda is only part of the equation, though. One puppet, no matter how adorable, isn’t enough to keep people subscribed month after month.

Disney can take the Baby Yoda strategy and apply it to other shows it has coming down the pipeline, and we already know it’s going to do that. The upcoming show WandaVision, about Elizabeth Olsen’s Scarlet Witch and Paul Bettany’s Vision from the main Avengers series, will also correspond with what happens in the upcoming Doctor Strange sequel, Doctor Strange in the Multiverse of Madness.

Both properties encourage Marvel Stans and general fans to pay $15 at a theater to catch Multiverse of Madness and continue spending $7 a month to keep up with WandaVision and the rest of the Marvel Cinematic Universe. Those storylines then get translated into theme park attractions around the world. Disney changed its Twilight Zone-inspired Tower of Terror ride into a Guardians of The Galaxy attraction following the success of the films. Sometimes, it even works the opposite way. Pirates of the Caribbean and Dwayne Johnson’s upcoming Jungle Cruise are based on popular theme park rides. This constant interloping synergy is something that former Amazon Studios strategist Matthew Ball wrote about for Recode a couple of weeks ago alongside media executive Alex Kruglov.

“If you actually want to make money, subscription streaming shouldn’t even be your real business,” Ball wrote. “Instead, give it away as a free or low-cost perk that’s part of a much higher-margin and less-competitive business, such as wireless service, smartphones, e-commerce subscriptions, or theme park passes.”

Disney+ is priced exceptionally low at $6.99 a month. That’s $6 cheaper than Netflix’s most popular plan. It’s also notable considering how much Disney is reportedly spending on shows like The Mandalorian, which apparently came with a price tag of roughly $12.5 million an episode, costing Disney $100 million for the season. It’s not cheap, but the price needs to be low to bring in subscribers, and the series need to be good enough to keep them watching. With more than 500 scripted shows airing on TV and streaming online, The Mandalorian needs a hook beyond being a Star Wars show to keep people coming back. Enter Baby Yoda, a character that fits in perfectly from a narrative perspective but is just gimmicky enough to hold people’s interest.

The Mandalorian is the answer to what makes event television in the streaming age. For a while, event TV on streaming services looked like Stranger Things: Netflix would drop a new season, and subscribers would binge it as fast as they could, calling in sick to work to give undivided attention to Hawkins’ favorite kids. This was different from the event format on traditional TV networks, with high-profile series releasing week to week. The last example was Game of Thrones, which existed at the center of conversation for six weeks while the final season aired. Part of the advantage of releasing weekly episodes is courting current and new subscribers to return every week and talk to their friends about what they’re watching. As long as the show remains good, people will stay and continue talking about it.

This matters for every streaming service, but it’s especially important for Disney+. Disney can use Disney+ to remain a modern media and entertainment company in the streaming age, but the company can also use its content to propel its other divisions. The Mandalorian’s seventh episode, which airs just a week before The Rise of Skywalker, will come with a sneak peek of the last installment in the Skywalker saga.

The reminder isn’t subtle: you’re spending your time with Disney+ right now, but don’t forget to go spend a night at the theater watching another Star Wars thing and then hit up the new Rise of the Resistance Star Wars ride at DisneyWorld and book a trip in the interactive Star Wars hotel that costs $3,000 a stay. There’s no studio that knows this strategy better than Disney.

Eventually, there won’t be a week without people talking about some part of Disney. If everything goes according to plan, all of those components will interlock and overlap.