Home » Love & Life » Channing Tatum On Being A Single Parent 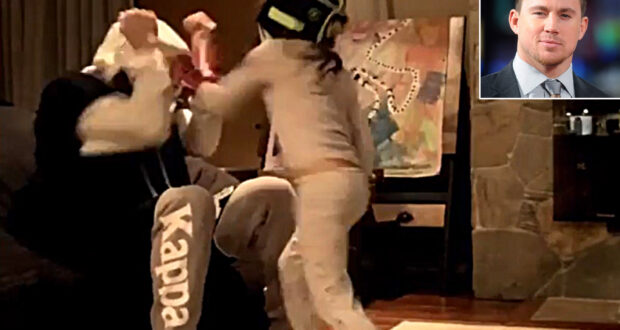 Channing Tatum On Being A Single Parent

Channing Tatum appeared on ‘Running Wild With Bear Grylls’ last Tuesday, and between eating worms and standing in the frigid waters of Norway, the actor opened up about his fears as a single father.

Tatum and Jenna Dewan separated in April 2018, after eight years of marriage. However, they just finalized their divorce last month. The couple has a six-year-old daughter named Everly.

When asked about being a single father to a daughter, Tatum admitted,“I never in a million years thought that I would be a single dad now … It’s scary, to be completely honest.”

Tatum said that when he first learned he was having a daughter, he watched tutorial videos on hair braiding, so he could be prepared. He also discussed some of the difficulties of raising a human who does not have shared experiences.

“It’s a lot of pressure, like, all the female stuff,” said Tatum. “I’m gonna have a really hard time, probably, having a dialogue with her  because I just don’t have that.”

Despite not being able to fully relate to his daughter, Tatum is remaining positive. He said, “I can’t talk to her about that but, you know, we’ll find our way through it.”

Tatum’s not the first celebrity to speak about being a single parent.

Earlier this year, actor Rachel Bilson spoke about how prospective dates have to understand that she comes as a package deal with her 4-year-old daughter, Briar Rose.

The 37-year-old got candid about the topic of dating as a single mum on ‘The Viall Files’ podcast, admitting that she always brings up her daughter, who she shares with ex Hayden Christensen, when meeting new men.

“I always put it out there. She’s my world and I talk about her all the time. How [f****d] up would it be if I hid that? If you’re going to pursue something with someone, they have to be interested in the kid or be willing to be around the kid,” she said.

Previous: The Top 10 Most-Followed Celebrities on Instagram in 2019
Next: Eating chili peppers may cut your risk of death