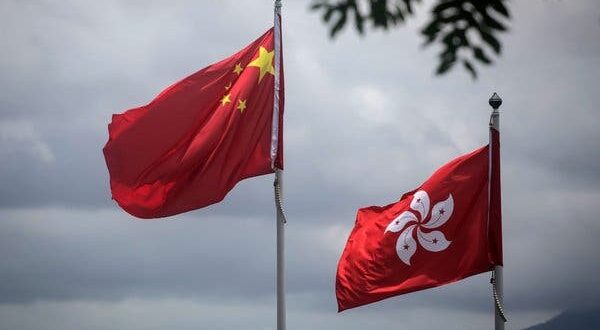 China and the Special Siblings

Both cities on China’s southern coast, 40 miles apart by sea, spent more than a century under European colonial rule—Macau under Portugal and Hong Kong under the U.K.—before being returned to Beijing in the late 1990s. Each was given a guarantee of semiautonomy and human-rights protections.

But the two former colonies have followed very different paths.

While antigovernment demonstrations, rooted in resentment against China’s ruling Communist party, have sparked turmoil in Hong Kong, Macau has remained stable, owing to its economic dependence on the mainland, a far smaller population and closer cultural and political ties.

China’s President Xi Jinping is expected to showcase the Macau model this week during his visit to the territory to mark the 20th anniversary of the handover and swear in Chief Executive Ho Iat-seng, its new leader. Mr. Ho was elected—unopposed—in September by a 400-member election committee studded with pro-Beijing representatives.

For Beijing, Macau is a model of its “one country, two systems” political system, developed for Hong Kong in 1997 and extended to the former Portuguese territory when it was returned to China two years later. Li Zhanshu, who chairs China’s parliament, this month lauded Macau for developing a deep Chinese national identity, hinting that its Hong Kong sibling should learn from it.

But critics say Macau’s success is more about the triumph of one country than of two systems.

“One country, two systems just doesn’t exist in Macau,” said Jason Chao, the former president of the New Macau Association, one of the city’s few democratic parties. “China is pulling the strings. Their decisions are not entirely wrong, they have done good to Macau, too, but that’s not how this is supposed to work. Macau is a failed example.”

Macau has largely proven itself to be a loyal subject of Beijing, with few stirrings of the social upheaval that have shaken Hong Kong. Macau enacted national security legislation, which Hong Kong’s government shelved after protests in 2003, that could restrict freedom of speech. The former Portuguese colony is also considering delivering an extradition arrangement with Beijing similar to a now-withdrawn Hong Kong bill that prompted this year’s tumult. Earlier this month, it denied entry to some journalists and the leaders of an American business group from Hong Kong.

Macau’s shiny casinos stand over the old urban area. The lobby at the Venetian, one of the city’s most popular hotels and casinos.

Macau’s fealty is partly due to its economic reliance on the mainland. It has been cruising a wave of Chinese money that has made it the world’s third-richest place by GDP per capita behind Luxembourg and Switzerland. Although Hong Kong’s retail and tourism industries also flourish with the influx of mainland tourists, the city’s long-term status as a trade and financial hub has made it less susceptible to Beijing’s temperament.