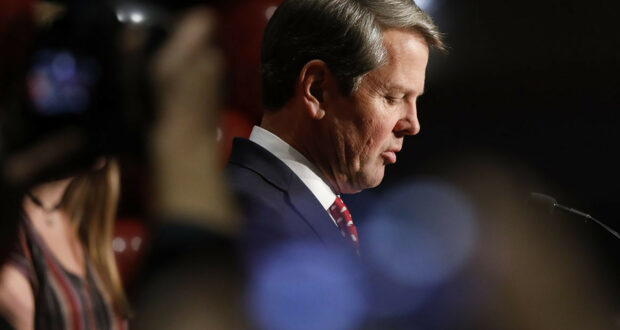 For the past 2 years, Kentucky’s governor was Republican Matt Bevin, who ruled the state much like Donald Trump has tried to rule the nation. Bevin was willing to make the unpopular decisions required to do things like save the state pension fund, which was over $26 billion in debt and in danger of collapsing.

Democrats amassed the teachers’ unions, run by Democrats, much like those in Washington, to vilify Bevin. They claimed that Bevin hated teachers when the opposite was true. All he was trying to do was salvage as much of a pension plan as possible, but like Washington Democrats, doing the right thing was against everything Democrats stood for, so they did their best to convince voters of the lie.

This past November, State Attorney General and son of former Democratic Governor ran against Bevin. Beshear strongly pushed the lies about Bevin and the November general election was very close. In the end, Beshear defeated Bevin by only 5,136 votes out of a total of 1,443.077 votes cast.

Beshear’s smear campaign was enough to win, but not by much. On Dec. 10, 2019, Beshear was sworn into office. On Dec. 11, 2019, Beshear announced that he was going to use an executive order to restore the voting rights to over 100,000 convicted felons.

It needs to be noted that Beshear has said nothing about restoring any of the other rights these felons lost when they were convicted of their felony crimes. Beshear has no intention of restoring their rights to own or be in possession of a firearm. That would be against the Democratic agenda of disarming the public and leaving them unable to defend themselves. Beshear also has said nothing about restoring the rights to hold certain professional license, mostly in the insurance and financial sector.

The only lost right Beshear is restoring is the one that will help insure that Democrats in the state will be more apt to win future elections, since the vast majority of convicted felons are Democrats and will vote Democratic.

This is a scheme being pushed by many Democrats, both state and federal. They really have no desire to actually help convicted felons. The ONLY motive they have is winning future elections, regardless of what it takes.

This is not much different than states like California and Oregon who passed laws that allow the voter registration of illegal and legal aliens just by obtaining or renewing their driver’s licenses. It’s not legal for the aliens to vote, but these Democratic controlled states have taken little to no action to prevent them from voting. Don’t forget that former Democratic presidential candidate Beto O’Rourke made allowing illegal and legal aliens to vote in all national elections.

I’ve spoken with members of our military and veterans who served in wars from World War II to now and they all say that one of the sacred rights they fought for and were willing to die for, was the right as a legal citizen to vote. These men and women believe extending the right to vote to convicted felons and aliens is diametrically opposed to everything America has stood for and everything they fought for. They are appalled by these Democrats who care little about the American Constitution and the rights of American citizens.

What’s truly hypocritical and a double standard of Democrats is that they have been ready to hang the President for allegedly trying to get Russia to help him win the 2016 election and yet they are directly doing worse in extending voting rights to convicted felons and aliens. But, should we expect anything different from them? After all, over 90% of the reported voter fraud actions caught over the past 10-years have been done by Democrats, many of whom also oppose voter IDs or cleaning up voter registration rolls.

Basically, putting Democrats in charge of anything is the same as putting a group of convicted and habitual child molesters in charge of daycare centers and watching your children!