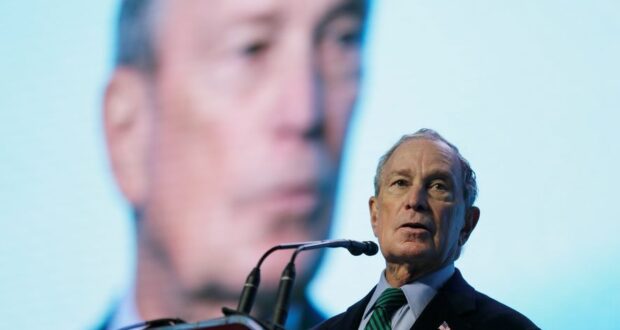 Since multibillionaire Michael Bloomberg announced he was running for the Democratic 2020 presidential nomination, the airways have been filled with his misleading campaign commercials. Of course, he has enough money to personally finance his campaign and pay for the over abundance of adds. After all, the 77-year-old former Mayor of New York City is listed to be one of the top ten richest people in America with an estimated worth at over $58 billion.

Bloomberg demonstrated many of his dictatorial socialist ways while leading the Big Apple. If you recall, he tried to ban many sugary drinks or limit their size and the age of those the drinks are served to in restaurants. He also tried to restrict and even ban the use of opioid painkillers in hospitals, caring nothing for anyone suffering in a lot of pain. In fact, here is how Bloomberg responded to questions about some of his supposed healthcare issues and what he did about some of the health issues facing New York City:

Q: Your ban on these large sugary drinks goes into effect next week in New York. Some people are saying this is making it really hard on us, including Starbucks.

BLOOMBERG: That’s ridiculous. Starbucks knows how to package things. They can change instantly when it’s in their interest to do so. This is in the country’s interest. This year, for the first time in the history of the world, more people will die from too much food than from too little food. More people will die from the effects of obesity than from starvation. And we’ve got to do something about this. This is going to bankrupt the country. Our medical system cannot handle it. Being overweight has gone from a rich person’s disease to a poor person’s disease. We’ve just got to do something. And all we’re doing in NYC is reminding you that it’s not in your interest to have too many empty calories. You can have some. If you want to have 32 ounces, just buy two 16-ounce cups. We’re not banning anything. it’s called portion control…

Last year, we didn’t just ban trans-fats. We’ve increased the availability of healthy foods in neighborhoods where they are hardest to find and also raised the number of street vendors who sell fruit and vegetables.

This year, we will raise the quality of food served in every City agency–that’s nearly 1.5 million meals every single day of the year. We’ll also continue opening parks and playgrounds in every neighborhood, so that every New Yorker has no more than a 10-minute walk to enjoy them…

You don’t normally turn to The N.Y. Times’ Dining Out section for serious political commentary, but there it was recently, under the subhead, “How the Mayor Became The City’s Most Powerful Foodie.” As part of his campaign to protect constituents against obesity and diabetes…

Libertarians might quarrel that what we eat is none of the government’s business. But try this on for a Bloomberg political slogan: “Vote for me and I’ll make you thinner and better-looking.”…

If Bloomberg buys his way into the White House, he will force his dictatorial health mandates on the entire nation, along with his anti-Second Amendment passion to disarm all private citizens as well as welcome any and all aliens, legal and illegal and grant them many of the same rights that American citizens have.

Michael Bloomberg is a danger to all Americans and will surely remove and trample on many of their rights and freedoms.