Home » Politics » The Death of Conservative Voters and American Ideals 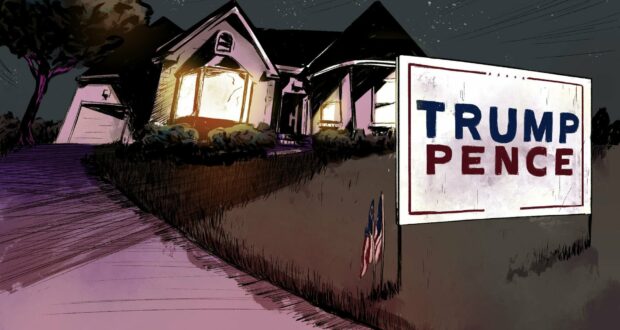 The Death of Conservative Voters and American Ideals

For the first 120 years of young America, there were no real conservative or liberal voters. There were differing political parties and ideologies but their differences were far different than the differences we see between political parties today. The main division in the early days was whether power should be held by the individual states or the newly formed federal government. The states won out in the beginning, resulting in the drafting and ratification of the 10th Amendment, which reads:

The powers not delegated to the United States by the Constitution, nor prohibited by it to the States, are reserved to the States respectively, or to the people.

By 1900, a new and dangerous political ideology began to arise within American politics and this new ideology forever changed the face of American politics. This was when the real rise of progressives, also known as liberals, surfaced and began to challenge the very foundational principles America was founded upon.

Over the last 120 years, the political landscape of America has waffled back and forth between conservative and liberal rule. The progressives made their first great push to change America under the 12-year term of progressive Franklin D. Roosevelt.

Even though FDR made great strides in destroying the foundations of America, many of those traditional and moral foundations remained intact, that is until 2009 when socialist Barack Hussein Obama began his 8-year reign of socialism. Obama was the first progressive to openly attack and destroy the foundational principles that America was founded upon.

In 2016, conservatives weren’t quite as loud, but did manage to give the White House to a someone who represented more of their conservative values, but their voices were not loud enough to maintain control of the House.

Sadly, every year, America is losing more and more of its conservative voters as they age and die. If you look at many sources, you will see that the older generation is the most conservative while the youngest generation is the most liberal and socialist. As the Baby Boomers continue to die off, America will continue to lose its lifesaving conservative voters. At the same time, the socialist driven public education system continues to pump out brainwashed young comrades who will be the ones to finalize the socialist conversion of America, which many conservatives also see as the death of United States of America.