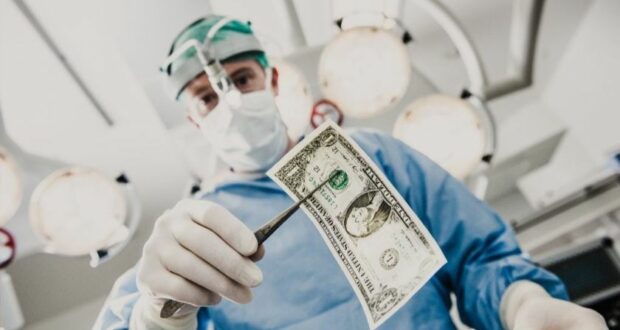 America is not just facing a healthcare cost crisis, but we are also experiencing a huge doctor shortage that is continually growing. According to the Association of American Medical Colleges (AAMC):

The United States will see a shortage of up to nearly 122,000 physicians by 2032 as demand for physicians continues to grow faster than supply, according to new data published today by the AAMC (Association of American Medical Colleges). The projected shortfall is similar to past projections and ranges from 46,900 to 121,900 physicians…

The United States would need an additional 95,900 doctors immediately if health care use patterns were equalized across race, insurance coverage, and geographic location. This shortage would be in addition to the number of providers necessary to meet demand in Health Professions Shortage Areas as designated by the Health Resources and Services Administration. This additional demand was not included in the production of the overall shortage ranges.

So, what is causing this massive doctor shortage?

During an interview with Full Measure, Dr. Atul Grover shared:

The big reasons are population growth and aging. Thanks to advances in modern medicine, people with chronic diseases are living longer and needing care later in life. Also, a factor – one-third of all currently active doctors will be over 65 in the next decade, so there’s a wave of retirements just ahead…adding to the shortage. But you might be surprised to hear Dr. Grover say the solution isn’t getting more people into medical school, it’s ensuring training spots when they graduate.

On the supply side our real bottleneck is the number of residency training spots. Remember after somebody goes to medical school after they’ve gone to college, they get an MD, they still need to train for another three to eight years in a particular specialty.

Congress put a cap on medicare, federal tax money used to fund that training as part of the 1997 Balanced Budget Act.

It seems that no one seems too willing to admit or discuss one of the main reasons for the dangerous decline in the number of doctors, so allow me to sum up this real reason:

When Barack Obama and Democrat controlled Congress forced their national socialized healthcare system on a public that back then did not want it, one of the first impacts was the fleeing of many doctors. When the thousands of new rules and regulations imposed by Obamacare came out, many doctors in private practice quit and left the medical profession. Others closed their private practices and joined larger medical groups. Likewise, many smaller medical clinics also closed as a direct result of Obamacare.

One doctor I spoke with back then, told me that under Obamacare, he wasn’t allowed to provide the right medical care and treatment to many of his patients. He told me that Obamacare was basically a program of death that would result in the earlier deaths of tens of thousands of Americans because of the rules and regulations and what doctors were no longer allowed to do and the required treatments that were not in the best interest of the patients. That doctor sold his practice and hung up his medical license and found a new career away from medicine.

Even though some provisions of Obamacare have been repealed, there are still many of the anti-patient and anti-doctor rules and regulations still exist and plague the medical community, and yet it doesn’t seem that any of the socialist sewagestream media outlets and many professionals are willing to speak out with the truth.

Previous: What Happens When You Eat Avocado Every Day
Next: Virginia Democrats Trying To Legally Punish Anyone Teaching Self-Protection