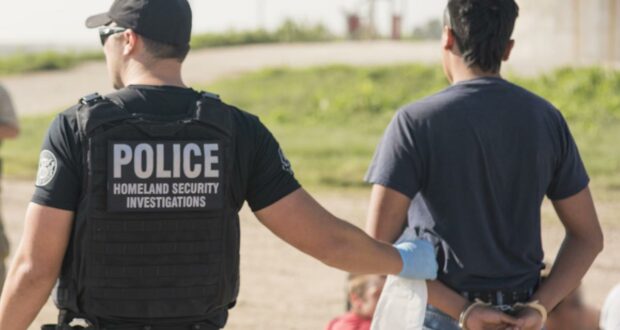 Whenever any Republican or group of Republicans have tried to enforce immigration laws, Democrats claim that the illegal alien workers are necessary because they fill jobs that Americans won’t take.

This claim by Democrats was proven false back in 2011, when Alabama’s state legislature passed their own tough immigration law that made it a crime for any employer to hire an illegal alien. Democrats then said that the farming industry in Alabama would be decimated and lose millions of dollars if the law was passed and enforced. Well, the law was passed and enforced and the results were anything but what Democrats predicted, as reported then by the Daily Caller:

The state’s unemployment rate fell 0.6 percent in November to 8.7 percent, according to new state reports, partly because the state’s employers opened up jobs to Americans after shedding illegal immigrants.

“The continued drop is proof that people — American Citizens [and] legal migrants, have suffered at the hands of politicians who choose politics over economics,” said Chuck Ellis, a council member in Northern Alabama’s Marshall County.

“What’s really amazing is that in Marshall County, a county of 95,000 residents, 30,000 workforce eligible, there are over 600 people who now have jobs that they didn’t have 6 months ago,” he said.

In November the county’s unemployment rate dropped 0.7 percent, from 8.1 percent to 7.4 percent.

Even though what happened in Alabama resulted in more jobs actually taken by American workers, Democrats continue to make the same old argument of why illegal alien workers are vital to America’s workforce.

Well, here is another report that shows just the opposite of what Democrats have been predicting. Back in August of 2019, ICE agents raided seven chicken plants in Mississippi. They ended up arresting at least 680 Hispanic workers.

At the time, Democrats claimed the raids would destroy the lucrative chicken industry and yet the exact opposite happened. It turns out that most all of the jobs vacated by the arrested illegal aliens were quickly taken by American workers. Instead of the chicken industry being destroyed by ICE agents enforcing existing federal immigration laws, the employing of more Americans helped maintain the chicken industry and provide a way for hundreds of Americans to provide for their families.

Remember when candidate Donald Trump referred to illegal aliens as criminals and Democrats went wild with what they called an unfair and racist slander? In the Mississippi chicken industry raids, not only did ICE arrest hundreds of illegal aliens, but they also discovered 400 cases of identity theft where illegal aliens had stolen and were using the identities of American citizens.

To be honest, the very term ‘illegal alien’ means that every illegal alien is a criminal for violating US federal immigration laws. This is why Democrats have fought so hard to replace the accurate term for a feel good and inaccurate term of undocumented aliens. I, for one believe in calling them what they really are – ILLEGAL aliens.

Previous: Democrats’ Christmas Present to America is Selfish and Destructive
Next: Prince Harry and Meghan to ‘Step Back’ From Royal Family