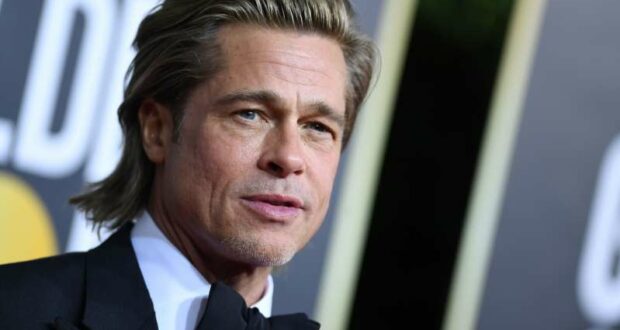 The blink-and-you’ll-miss-it moment happened when the 56-year-old actor was talking about his “Once Upon a Time In Hollywood” co-star Leonardo DiCaprio. Pitt won the trophy for best supporting actor in a musical or comedy for his role in the film.

His joke was one DiCaprio has surely heard before. DiCaprio’s character, Jack, and Kate Winslet’s character, Rose, both struggle to float on a door in the water after the Titanic sinks, and Jack ultimately dies after letting Rose have it. People have since pointed out that there was absolutely room for them both.

Fans, naturally, had fun with the joke on social media.

“’Still, I would’ve shared the raft.’ – Legend Brad Pitt to Leo DiCaprio re: TITANIC controversy- and thus proving why he’s a legend,” @Lulamaybelle wrote on Twitter.

One user was feeling for DiCaprio, who has to hear these jokes all the time. “Still making Titanic door jokes 23 years later. Poor Leo,” @MeghanMichele20 wrote.

Elsewhere in his speech, Pitt gave “all my respect” to his fellow nominees (including Tom Hanks) and his director, Quentin Tarantino. “For the film, one I’ll never forget. I thank you, my brother. I really appreciate it,” Pitt said.

He also said hello to his parents. “They’re back in the Ozarks,” he added. “I wanted to bring my mom, but I couldn’t because any woman I stand next to, they say I’m dating them. It’d just be awkward.”

On the red carpet earlier in the night, Pitt and ex Jennifer Aniston were spotted, though they arrived approximately 20 minutes apart, each selectively working the press line.

The Pitt/Aniston attention didn’t end on the red carpet.

As Pitt told the joke about bringing his mom as his date, the camera shot to Aniston, who was watching intently.