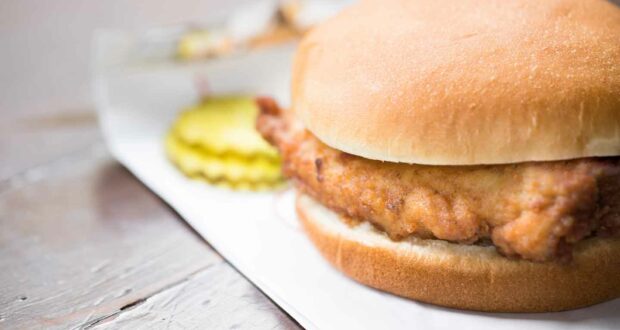 A lawsuit by a group of conservative activists who allege that San Antonio violated a new Texas law because of the City Council’s refusal last year to allow a Chick-fil-A restaurant at San Antonio International Airport can move forward, a judge ruled Thursday.

The city had sought to have the lawsuit thrown out of court, arguing that the law wasn’t in effect when council members voted to strike Chick-fil-A from an airport concessions contract last March.

The “Save Chick-fil-A” law, which bars government agencies from punishing people or companies for affiliating with or donating to religious organizations, took effect Sept. 1.

But state District Judge David Canales ruled Thursday against the city’s motion to dismiss the lawsuit, city spokeswoman Laura Mayes said. No trial date has been set, she said.

“We are disappointed with the outcome of today’s hearing and will evaluate our legal options going forward,” First Assistant City Attorney Liz Provencio said. “We maintain that the city did nothing wrong and certainly did not violate any law, and we will continue to vigorously defend the city’s interests.”

Representatives for the plaintiffs could not immediately be reached, but they have argued that they are suing the city over the March vote because the “ban” on Chick-fil-A remains in effect and actions taken after Sept. 1 regarding a replacement for Chick-fil-A are subject to the new law.

Council members in March approved the contract with Atlanta-based concessionaire Paradies Lagardère to bring a slate of new vendors to the airport — with the stipulation that they replace Chick-fil-A with another eatery.

District 1 Councilman Roberto Treviño cited Chick-fil-A’s history of donating to groups opposed to LGBT rights when calling for the Georgia-based chicken chain to be removed from the contract.

But Mayor Ron Nirenberg cited financial considerations and passenger convenience as his reasons for rejecting Chick-fil-A. The chain’s policy of closing on Sundays would give hungry travelers one less option and reduce airport revenue, he said.

Nonetheless, the decision riled conservatives including U.S. Sen. Ted Cruz of Texas, who said the city had discriminated against Chick-fil-A on religious grounds. Chick-fil-A’s founder, the late A. Truett Cathy, was a devout Southern Baptist. In 2012, its chief operating officer spoke out against same-sex marriage.

Texas Attorney General Ken Paxton and the Federal Aviation Administration launched investigations into whether San Antonio violated any laws by excluding Chick-fil-A from the airport.

Five San Antonio-area residents, including former council candidate Patrick Von Dohlen, sued the city and Paradies Lagardère in state District Court days after the state law took effect. Chick-fil-A was singled out because “it donates money to Christian organizations that oppose homosexual behavior,” they said in their lawsuit.

The group is suing the city and Paradies Lagardère to force them to open a Chick-fil-A at the airport as the concessionaire’s contract initially said it would. They also vowed to sue any company that tries to take Chick-fil-A’s former slot on the contract.

At Thursday’s hearing, the city argued that its decision regarding the contract wasn’t connected to religion.

“We feel strongly that the city never took any action to adversely affect anyone based on their religion or their affiliation with a religious group,” said attorney Neel Lane, representing San Antonio.

He called the ruling “procedural” and said the city is ready to make its case.

Meanwhile, work is continuing on new restaurants at the airport under the Paradies contract, but no final decision has been made on a replacement for Chick-fil-A.