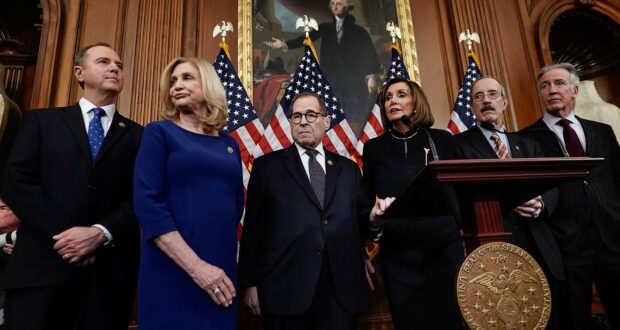 What’s so scary about it is that not only is one of the major political parties rife with a great lack of logic but so are millions of voters who have been dumbed down and brainwashed by the public education system and the illogical sewage stream media. Millions of voters have been conditioned to believe in the lies, distortions and total lack of logic of the Democratic Party. The end result will lead to the end of free America as we knew and loved it.

I made this statement to a person who I quickly discovered was one of the Democrats I just referred to and she challenged me to prove what I was saying. In response, I shared with her these 6 statements that I recently found and thought were typical and characteristic of Democrat logic:

1- Democrats are dead set on impeaching a president for investigating a crime while at the same time trying to elect the person who committed the crime being investigated.

3- So, liberals are OK when Obama plants illegal aliens across the country without community consent, but when Trump wants to bring them to cities who say they are welcome there, it’s a problem.

5- Obama launched over 2,800 attacks on Iraq and Afghanistan without consulting Congress even one time. Trump takes out one General on the Iraqi battlefield who was ready to launch a major attack on America. Yet the libs are throwing a hissy fit because he did not tell Congress first.

To these, I want to add the following examples of Democrat logic or lack thereof:

4- Democrats want to restore the rights to convicted felons, EXCEPT the right to hold certain professional licenses or possess a firearm with which to defend themselves.

5- Ask yourself why Democrats want to reverse all of Trump’s economic policies, which have led to the lowest unemployment in over 50 years and replace them with the same economic policies used in Venezuela, Iran and North Korea?

These are only a few of the examples of Democrat logic, the logic they want to use to run the nation. That kind of logic can only have one result – the death of America and many Americans!

Previous: This Superfood is One of Taylor Swift’s Secrets
Next: Iran – Trump – Democrats & Republicans