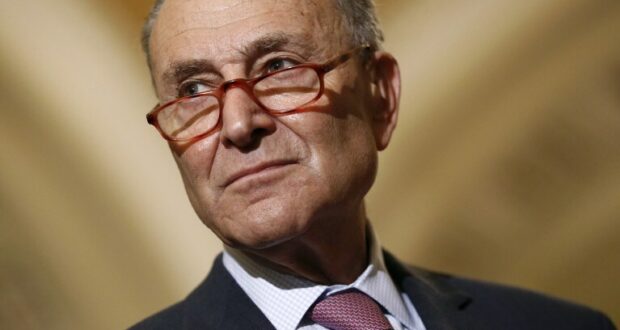 Once Democrats regained control of the House in the 2018 election, some of their leaders believe that they are now wielding all of the power in Washington DC, including the Republican-controlled Senate, but is that true?

Democrats may have gotten that impression during the first 2 years of President Trump’s time as president, while Republicans controlled the House. During that time, Senate Majority Leader Mitch McConnell made it clear that he did not support Trump in some of his policies and agenda items. Along with McConnell, there was a core of RINO Republicans, led by newly elected Sen. Mitt Romney (R-UT). Together, McConnell and Romney formed a group that voted against some of Trump’s major policies, giving Democrats the impression that Senate Republicans were on their side in their battle against Trump.

In fact, during that first 2 years of Trump’s term, I tended to agree with Democrats that some Senate Republicans were on their side. Living in Kentucky, where McConnell is from, I vowed to never vote for him again.

However, when Democrats gained control of the House in the 2018 election, it seemed that it drove some sense back into McConnell and other Senate Republicans to start siding with Trump against the House Democrats. Only House Democrats, especially House Squeaker Nancy Pelosi, have yet to grasp the reality of the current situation.

It’s interesting that McConnell said that the Senate would conduct the impeachment trial of Trump according to the same rules that Democrats agreed to when Bill Clinton was impeached, but today’s Democrats claim those rules are unfair.

Now, Senate Minority Leader Chuck Schumer is claiming that he has enough votes in the Senate to pass the House’s war powers resolution that would strip Trump of his ability to take any military action against Iran.

We need to hope that Schumer, like Pelosi, is underestimating Senate Republicans, because if they do manage to strip Trump of his war powers, it will mean the possible death to every American in the Middle East region because Iran will know that Trump will be unable to retaliate and that pro-Muslim Democrats likely will not approve of any retaliation.

If the Senate does pass the resolution to strip Trump of his war powers, then every politician in the House and Senate that voted for the resolution should be forced to wear a yellow stripe down their backs to show their cowardice in refusing to defend the US and US personnel.

Previous: This State is a Tax Haven for Both Billionaires and Middle Class Americans
Next: Chick-fil-A Wins Big In Lawsuit Fighting for Freedom of Religion