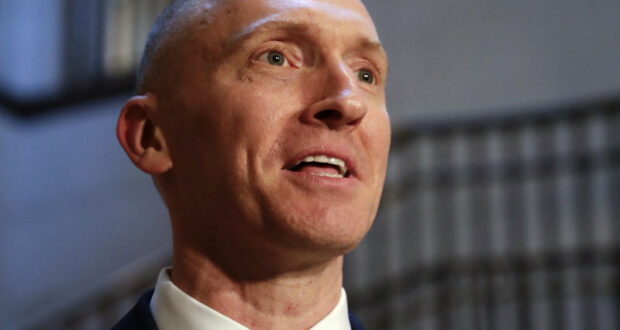 Last week, another intricate piece to the giant puzzle of the attempted coup against President Trump fell nicely into place — with an official acknowledgment by the FISA Court that the FBI had lied and manipulated vital information in order to obtain “illegal” warrants against Trump campaign aide Carter Page.

Once those warrants were obtained, the FBI went on a fishing expedition, using the bogus warrants in obtaining phone records, documents along with probing other campaign officials of the President. They used their investigative skills to illegally entrap and shakedown former Trump national security adviser Michael Flynn, while also willfully mishandling and manipulating documents and abusing his right to legal counsel.

The official statement by the court was as follows: “Thanks in large part to the work of the Office of the Inspector General, U.S. Department of Justice, the Court has received notice of material misstatements and omissions in the applications filed by the government in the above-captioned dockets. See Docket No. Misc. 19-02, Order (Dec. 17, 2019; DOJ PIG, Review of Four FISA Applications and Other Aspects of the FBI’s Crossfire Hurricane Investigation (Dec. 2019).”  “DOJ assesses that with respect to the applications in Docket Numbers 17-375 and 170679, ‘if not earlier, there was insufficient predication to establish probable cause to believe that [Carter] Page was acting as an agent of a foreign power.'”

A brief legalized acknowledgment regarding the most powerful departments within the federal government illegally conspired, lied and harassed a private citizen, all in an attempt to take down a duly elected President. Moreover, those individuals are still walking free today.

Even more egregious then obtaining the illegal warrants was the willful falsifying and manipulation of an email by an FBI agent, confirming that Page was a CIA operative working secretly on behalf of the United States government. The agent edited out a few words, suggesting that Page wasn’t working for the CIA, thus the claim he was a Russian asset, became a lot easier to put forth within the all too accommodating leftist media.

Brad Heath, a “Justice and Investigations Editor” for USA TODAY, was one of the few media types who acknowledged the stunning confirmation by the FISA Court, tweeting out.

“This is a big deal. The Justice Department is conceding that two of the four FISA applications it used to conduct surveillance of former Trump campaign aide Carter Page were not lawful, and it’s not defending the legality of its other two applications.”

DiGenova had surmised as early as May of 2019, that 3 of the FISA Applications were fraudulent, Horowitz’s probe provided the actual evidence to move forward with criminal indictments.

Appearing soon after Horowitz concluded his testimony in front of a congressional investigation, DiGenova appeared on both Fox’s Lou Dobbs and on “Morning on the Mall” pod-cast stating.

It would appear as of this morning with the breaking news officially confirming from the FISA Court that at least 2-warrants were illegally obtained, that former FBI Director James Comey, former acting FBI Director Andrew McCabe, along with former deputy assistant director Peter Strzok, and FBI Attorney Lisa Page, had better begin lawyering up.

There are obviously a lot more pieces to the puzzle scattered about, that need to be scrutinized, however the deep-state although in disarray is fighting back, throwing whatever they can at President Trump, as demonstrated by the impeachment folly.