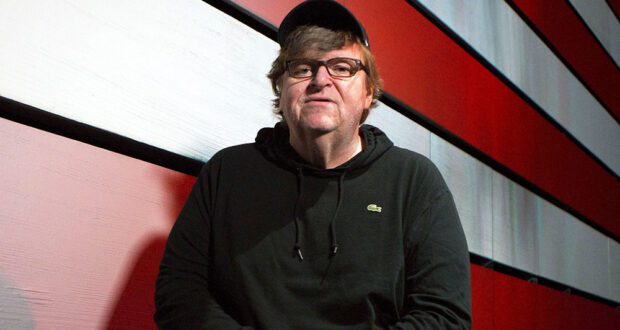 Senate Majority Leader Mitch McConnell had already forewarned that the Senate would conduct the impeachment trial with dignity, befitting the austere body.

Schiff had argued during the opening session that a refusal by the Senate to agree to Democrats’ demand in allowing new witnesses would in effect be a “coverup” by the Senate.

That accusation immediately traveled over 3,000 miles away, all the way to the left coast of sunny California.

And by early Wednesday morning, social media in la, la land was ablaze, with one celeb after another parroting “shifty Schiff’s” coverup conspiracy

“I know I shouldn’t be surprised by Mitch McConnell’s coverup, but still it shocks me that a man who looks like a character from the beloved “The Wind in the Willows” can be so fucking corrupt!”

“Pound this message. Everyone! The senate is covering up for trump — so the senate is on trial — and democracy hangs in balance — everything else is strict bullshit,” said actor John Cusack. “Trial = witness and evidence – period.”

The disgruntled Bernie Sanders supporter later tweeted out, “No evidence no witness no trial — Senate is covering up — democracy rule of law dying.”

Seinfeld actor Jason Alexander tweeted out. “I thought deep down that conscience and integrity would move them when the moment of and for truth arrived. Tragically for our country, it was just a dream.”

The over-the-top hysterics on social media among the elitist class continued throughout the day, with one delusional tweet after another. However lost within all this breathless hyperbole, were the facts, in that Majority Leader McConnell did not reject having witnesses, only that, unlike the House, there are rules that must be observed.

McConnell had made it quite clear speaking from the Senate’s floor on Tuesday, on how Senators would carry out the impeachment trial, and whether both parties can introduce new evidence and witnesses, at a later date.

The Kentucky Senator in his opening statement, before receiving the two articles of impeachment made it clear that he will not pre-commit to allowing new evidence before hearing the Democrats’ arguments for convicting the President.

Moreover, he acknowledged that no one pushed the House to rush the impeachment inquiry, noting that they could have waited for more evidence if they thought it necessary.

Back in tinsel-town, the same despicable cast of characters had rejoiced over the news of the President’s impeachment.

A slew of far-left celebrities including Rob Reiner, Alyssa Milano, and Michael Moore gloated over the proceedings, calling President Trump “criminally corrupt” and a “motherfucker.” They also denigrated the Republican Party for being filled with “white men.”

Filmmaker Michael Moore said he gained access to the House gallery to watch the proceedings in person. “Congress is about to impeach a lawless, criminal president.”.

“I GOT IN! I AM SEATED IN THE HOUSE GALLERY FRONT ROW WITNESSING HISTORY. CONGRESS IS ABOUT TO IMPEACH A LAWLESS, CRIMINAL PRESIDENT. I had to give my phone up, but will be back tonight and on the podcast to share what I witnessed.”