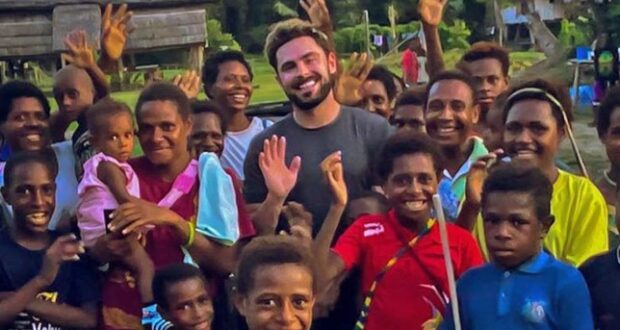 Days before Christmas, Zac Efron suffered a major health scare during a trip to Papua New Guinea, according to reports.

While filming his new survival series Killing Zac Efron, the actor contracted “a form of typhoid or similar bacterial infection” and was rushed to Australia on a “life-or-death flight” that ultimately saved him per The Sunday Telegraph.

Upon arrival, Zac was admitted to St Andrews War Memorial Hospital for several days before being given the “all clear” by doctors to fly back to the United States on Christmas Eve.

According to the Center for Disease Control and Prevention, typhoid fever is caused by a bacterial infection that’s contracted through food, water, or human contact, and, if left untreated, the complications can be fatal.

Fortunately, it appears Zac is on the mend — he was photographed at a store opening party for Vejo in Los Angeles on Saturday evening with friends. Meanwhile, fans have flocked to social media to offer “get well” wishes to the High School Musical alum.

As for the documentary, cameras follow Efron as he explores a remote island for 21 days with nothing but basic survival gear. “I tend to thrive under extreme circumstances and seek out opportunities that challenge me on every level,” he previously stated about the show. “I am excited to explore any uncharted territory and discover what unexpected adventure awaits.”

Here’s to hoping he makes a speedy recovery soon.