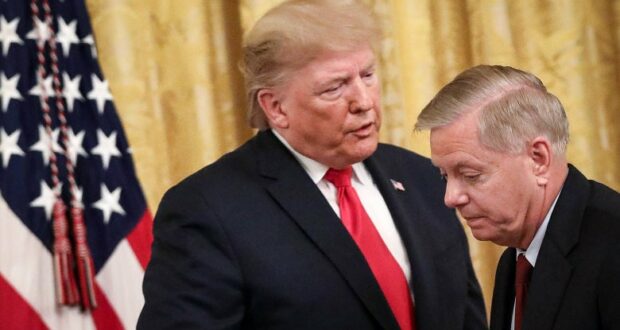 When Barack Obama was questionably occupying the White House, there were no efforts among the Republican majority to restrict his war powers. Obama, as one of America’s worst Commanders in Chief, regularly approved military actions in various regions of the Middle East.

Yet, this past week, House Democrats strove to strip President Donald Trump of much of his executive war powers. They claimed that they feared Trump was determined to start a devastating war with Iran, when in fact, that was just a political LIE to cover their real motive.

Consider the fact that from the moment it was announced that Trump won the 2016, many Democrats vowed to do whatever they could to prevent Trump from accomplishing anything. They were determined to stop Trump at every possible chance they got.

Now, Trump is faced with growing aggression and hostility by Iran. After Trump had approved the order to target a top Iranian general who was in Iraq and plotting lethal actions against American troops, Iran retaliated by shooting down a Ukrainian passenger airliner, killing everyone on board.

If you listen to Democrats and the sewagestream media, you would believe that most Republicans are also against Trump’s actions and what to stop him, but that is far from the truth as reported:

The Trump administration’s de-escalation of Iranian tension has become a divisive partisan issue, according to the latest ABC News/Ipsos poll released Sunday.

Overwhelmingly, almost unanimously in opposing directions, 87% percent of Republicans back Trump on Iran, while 90% of Democrats do not, according to the poll.

One point of two-party agreement in the divisive poll results is 93% of respondents have some concern of war with Iran, including 73% at least “somewhat concerned” and 32% “very concerned.” Just 7% are “not concerned at all,” while 21% are “not so concerned.”

The bottom line is that Democrats, whether in Congress or living among us, care nothing about right and wrong and holding ruthless tyrants accountable for their brutal actions. They are so focused on destroying Trump that they have been blinded to the real concerns and issues impacting millions of people both here and abroad. This is what makes Democrats so dangerous.