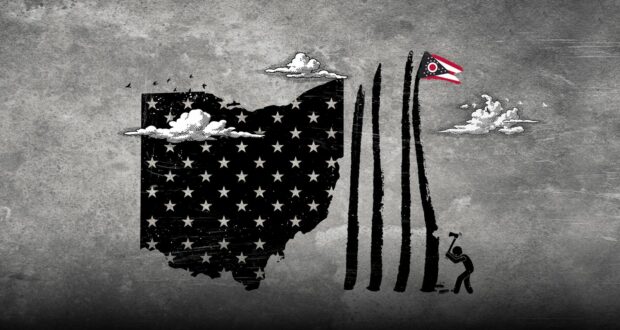 Voter fraud has been a problem for centuries. Many years ago, crooked politicians would get people to ‘stuff the ballot boxes’ with many extra votes for themselves and others of their political group. For many years, Chicago politics was reported to be rife with voter fraud to keep crooked Democrats in control of the Windy City.

By 2008, many steps had been taken to try to eliminate voter fraud, but most of these efforts are attempted by Republicans, while Democrats work the other side of the fence trying to keep voter laws and rolls as open as possible, making one wonder why?

During the 2008 election, a pair of New Black Panther members were witnessed intimidating voters at a polling location in Philadelphia. The evidence was overwhelming and they were subsequently charged by the Department of Justice. After Barack Hussein Obama was sworn into office and his minion Erik Holder became US Attorney General, the DOJ attorney handling the legal case against the New Black Panthers members, was ordered to drop all charges and the case was dismissed. The DOJ attorney, John Christian Adams was so upset by the order to dismiss the case, that he quit the DOJ. Is it any coincidence that in 2006, Obama was photographed marching with the very same two New Black Panthers?

In Cincinnati, a Democratic poll worker was arrested and charged with voting for family and friends, including one who had died months earlier. Democratic voter registration workers were caught instructing people how to vote more than one vote or how to vote in more than one state. Voting machines in various locations were automatically recording votes cast for Mitt Romney for Barack Obama. In the same 2012 election, 149 voting precincts in Cleveland recorded 100% of their votes for Obama, something that most statisticians and experts say is highly improbable and statistically impossible. People, mostly Republicans, were showing up at polling stations to vote, only to be told that they had already voted, when they hadn’t.

In the 2016 election, reports circulated that over 3 million votes were illegally cast by non-citizens, mostly illegal aliens who voted Democratic – Hillary Clinton. FYI, Clinton supposedly won the general election by LESS than 3 million votes. When Trump tried to have these claims investigated, he was blocked by Democratic controlled states and those controlled by RINOs.

A few years back, efforts were made by the Republican controlled Ohio legislature to fight voter fraud by restricting absentee voting times, but a liberal judge overruled the measure, allowing voters to not only vote early, but also not having to prove their place of residence, allowing them to vote in more than one county.

Now, some Ohio Democrats are introducing a bill that would automatically register all high school students. Additionally, the bill would require the Ohio Department of Motor Vehicles to offer all residents the chance to register to vote without any additional paperwork and to expand the program to other state agencies in the future.

Can high school students vote? According to The Ohio Legislature:

You are qualified to register to vote in Ohio if you meet all the following requirements:

Now, consider the fact that the public education system has been busy brainwashing and indoctrinating our youth to grow up to be socialists. This explains the reason for this bill, because Democrats are desperate to gain control of the state, whether it be by legal means or registering underaged teens to vote and then allowing them to illegally vote in the 2020 election.

This is the same reason Democrats fight efforts to clean up voter registration rolls or requiring a photo ID in order to vote, all of which are measures to reduce voter fraud. In fact, if you check, you will discover that for the past ten years and longer, Democrats have opposed every measure to reduce voter fraud, and the latest piece of legislation is just another attempt to open the doors to more voter fraud.