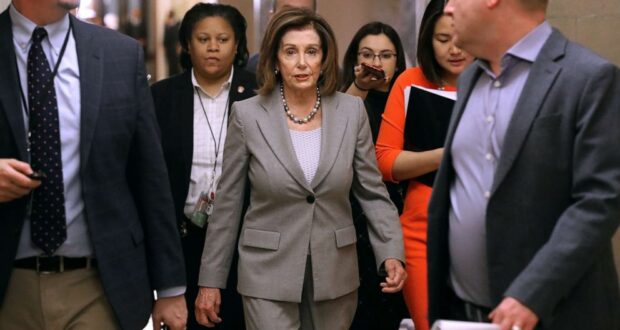 House Democrats kept their promise to bring articles of impeachment against President Donald Trump before Christmas.

While most believe they made their promise to impeach Trump within the past few months, but in reality, they made that promise in the early morning hours of Wednesday, November 8, 2016. The promise was made within a few hours after it was publicly announced that Trump had won the Electoral College vote and defeated Hillary Clinton. Numerous top Washington Democrats announced then that they would do whatever they could to remove Trump from office.

They were unwilling at that time to admit that the American people didn’t want Clinton in the White House nor did the American people want Democrats running (ruining) America’s government. Worse yet, the Democrats did not want Trump to live up to any of his campaign promises that would work to restore the good and wholesome things that made America great.

Why are Democrats so dead set against any attempt to make America a great nation again? It’s because they need America and the American people to become destitute so that their socialist politics can enslave them, much like the citizens of Venezuela, Iran and North Korea.

After the Democrats’ attempt to remove Trump via the Mueller investigation failed, they became even more desperate and sought another avenue to remove him from office, via impeachment. Their rush to impeachment Trump was evident when House Democrats did not call some of the pro-Trump witnesses to testify before them. Instead, like a stacked court, they called their anti-Trump witnesses so that mostly only one side would be heard.

Even when evidence was given before House Democrats that Trump did not do anything wrong and that there was NO quid pro quo, Democrats and the sewagestream media ignored that evidence and basically threw it in the garbage in favor of their slanted, tainted and biased testimonies.

There was no doubt in anyone’s mind that House Democrats would vote on articles of impeachment. Their minds were made up long before they saw or heard a single piece of evidence. They rushed to vote but now, their rush to judgement is being held up by their chosen House leader.

Squeaker of the House Nancy Pelosi is holding the articles of impeachment, delaying passing them over to the Senate for trial. Pelosi and the media all claim that her reason is to force Senate Majority Leader Mitch McConnell to hold the trial according to the rules set by House Democrats.

But, is that the real reason Pelosi is waiting to send the articles of impeachment to the Senate?

Some of the most reliable polls have indicated that the majority of voters are not in favor of impeachment and that many will take their vengeance out against Democrats during the 2020 elections.

The first state primary takes place on Feb. 3, 2020 with the Iowa caucuses, followed closely by the New Hampshire primaries on Feb. 11, 2020. McConnell can easily hold off until these key election events, but Pelosi and Democrats can ill afford to wait until after these dates.

That means there has to be another reason Pelosi is waiting to send the articles of impeachment to the Senate. Some believe that she is waiting because she realizes how serious of a mistake she and her fellow Democrats made and is now not sure how to remedy their no-win situation. Yes, they made a serious mistake and have no idea what to do to fix their mistake without looking like the real and stupid losers they are.

Previous: Prince Harry and Meghan to ‘Step Back’ From Royal Family
Next: This Superfood is One of Taylor Swift’s Secrets