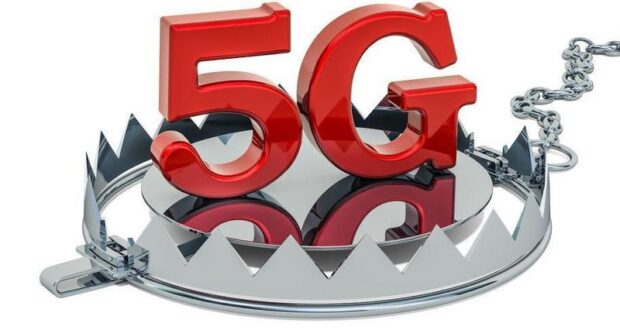 A group of scientists are appealing to President Trump to ban further testing and implantation of 5G!

When it comes to 5G wireless technology and wireless technology in general, doctors and scientists have been raising concerns for a long time now, calling for safety testing that is independent of industry-sponsored studies. As you may recall, I have written previous columns on how the big companies in the wireless industry took a page out of “Big Tobacco’s” playbook, knowing the dangers of cell phones and other wireless tech, but mounting a serious “disinformation” campaign about their alleged safety.

Recently, a number of doctors, scientists, and activists sent a “National 5G Resolution Letter” to President Trump, requesting a moratorium on 5G technology until the potential hazards for human health have been appropriately investigated.

You would think that safety testing for any technology that’s poised to roll out and be used by most of humanity at large, would be subject to stringent and unbiased safety testing. Unfortunately, wireless technology has not been subjected to this type of testing, which is why many people are becoming more and more concerned. This is evident on a global level. For example, a large portion of the Swiss population has now been exposed to 5G, and thousands of people recently showed up on the Swiss House of Parliament in Bern to protest.

Dr. Martin L. Pall, Ph.D. and Professor Emeritus of Biochemistry and Basic Medical Sciences at Washington State University wrote a report whose title says it all: “5G: Great risk for EU, U.S. and International Health! Compelling Evidence for Eight Distinct Types of Great Harm Caused by Electromagnetic Field (EMF) Exposures and the Mechanism that Causes Them.”  In his report, he bluntly stated the following: “Putting in tens of millions of 5G antennae without a single biological test of safety has got to be about the stupidest idea anyone has had in the history of the world.”

Why Is 5G Technology Such a Concern?

The 5G resolution letter is raising the alarm, because 5G tech is being implemented at a breakneck pace, without appropriate safety testing. The letter points out that:

In light of those facts, is it really fair for governments and big industry that has politicians in their pockets, to roll out products and services on the human population without any safety testing, or a vetted and rigorous approval process in place?

Human history is full of examples we should have learned from. DDT is one example, tobacco is another one, and there are a number of substances today, like glyphosate, for example, that have been approved for use despite a large cry and publications from many scientists indicating that it’s harmful.

Are we seeing the same thing with 5G? Is the rollout of 5G another example of corruption within our federal health regulatory agencies and their close ties with big business?

What do you think? Is consumer’s voracious appetite for data and communications, and the profit motive of the big telecoms, overshadowing safety concerns? Please reply using the comments below.